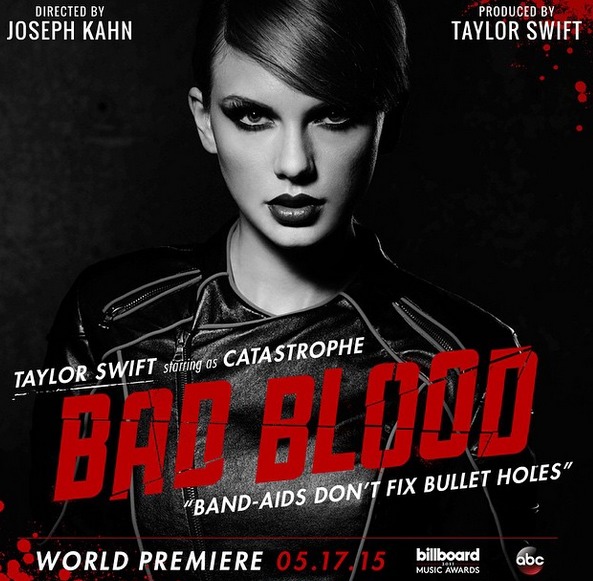 It’s been one of the most highly-anticipated singles of the year (thanks to all the hype) but Taylor Swift has finally released the video to Bad Blood, a song allegedly about her rift with former pal and fellow chart-topper Katy Perry.

After nine days of teasing on social media, singer Taylor Swift finally revealed the Bad Girl video at the 2015 Billboard Music Awards, and, boy, was it worth the wait.

In the video, Taylor is double-crossed by a fellow ‘warrior’ played by real-life BFF Selena Gomez. Taking revenge she goes into battle training with her stunning crew, who all featured in film billboard poster-style ads on social media. 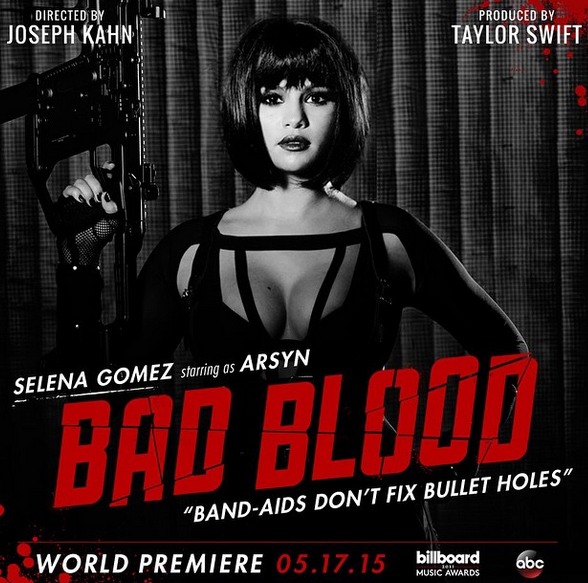 The song is said to be about a feud between Taylor and her former pal Katy Perry, who, much like Selena in the video, betrayed their friendship. How exactly is still not confirmed but it is believed it all came to a head when some of Taylor’s backing dancers left to join Katy’s tour. The country star, who also used to date the Firework singer’s former-beau John Mayer, said about her secret nemesis “[she] basically tried to sabotage an entire arena tour.”

While the argument between the two is yet to be confirmed by either party, Katy Perry did fuel speculation when she tweeted “Watch out for the Regina George in sheep’s clothing…”around the time the single Bad Blood was released.

Bad Blood is the fourth video Taylor has released from her smash-hit album 1989.

Well one thing is for sure, we’re certainly never crossing Taylor Swift.