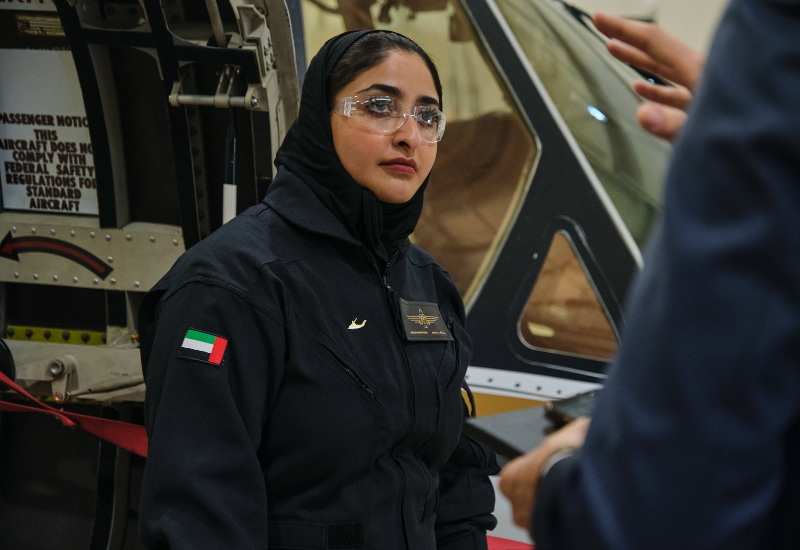 Her Highness Sheikha Mozah Al Maktoum is no stranger to breaking records in the UAE, having become the first Emirati woman to join the Dubai Police as a helicopter pilot back in 2019.

Now, the Dubai royal has broken another record in the world of aviation, becoming the first female to pilot the AW609 tiltrotor, an air vehicle which combines the operational versatility of a helicopter and the performance of an aeroplane.

Her Highness piloted the groundbreaking aircraft at the US helicopter headquarters of Leonardo, a global high-tech player in Aerospace, Defence and Security, located in Philadelphia.

Discussing her record-breaking experience, the former Emirates Woman cover star shared her pride at being able to reach a milestone further shattering “another glass ceiling for women”.

“I’m thrilled to be the first female pilot to test this revolutionary aircraft,” she said in a statement per the Dubai Media Office. “It was not only a personal milestone but an opportunity to shatter another glass ceiling for women.

“I always push myself beyond my limits to prove that if I can do it, it is also within the reach of anyone else who is determined enough to try.”

She described the experience of piloting the AW609 tiltrotor as a “natural evolution of my piloting experience”, combining her experience as an Emirates commercial pilot and helicopter pilot for Dubai Police.

“Aircrafts like the AW609 tiltrotor makes me feel really excited about the future of aviation, a future now open to more women who chose this industry,” she added.

The innovative aircraft is a trailblazer in the aircraft space combining the take-off and landing vertically of the helicopter with the pressurised cabin, speed, altitude and endurance abilities of an aeroplane.