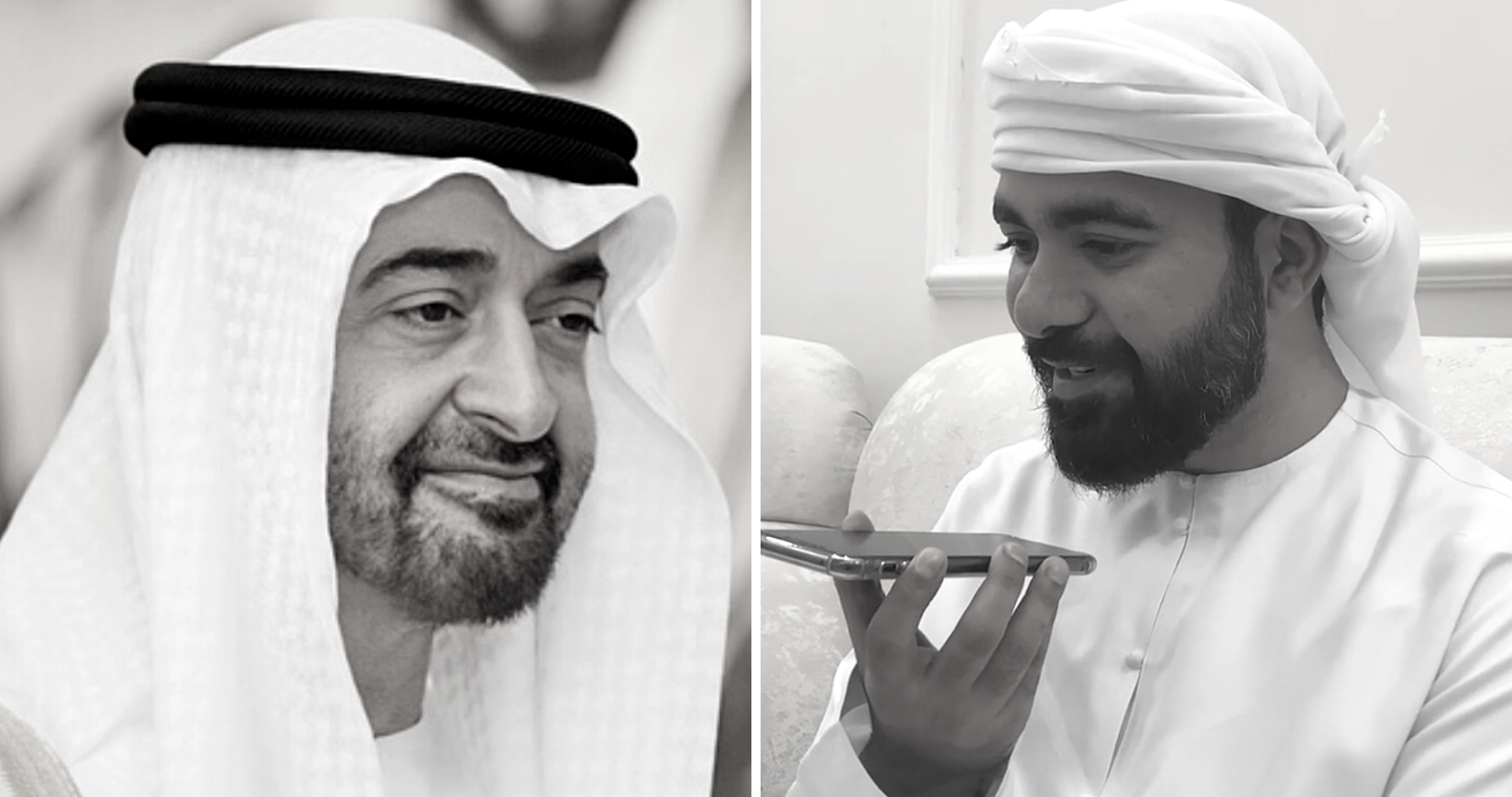 His Highness Sheikh Mohamed bin Zayed bin Sultan Al Nahyan, the Crown Prince of Abu Dhabi and Deputy Supreme Commander of the United Arab Emirates Armed Forces, is always one to give credit where credit is due.

He recently took to Twitter to publicly praise a UAE police officer who helped an elderly man whose car had broken down in Sharjah last week on one of the UAE’s busiest highways, Sheikh Mohammed Bin Zayed Road.

Following up his public message to the Emirati cop, Sheikh Mohamed bin Zayed had a phone call with him, further praising him for his actions.

The phone call was videoed and shared on Instagram by Sharjah News, where His Highness told Sergeant Al Hammadi he “made all Emiratis proud”.

“I am calling to hear your voice and to thank you for your act,” he added. “I want to greet you, because you brought honour to me, your family and people. May Allah grant you heaven for what you did.”

In their conversation, His Highness also asked the police officer if there was anything he wanted, to which the sergeant replied he wished to meet him one day, something Sheikh Mohamed bin Zayed would also like, too.

The incident was shared by Sharjah Police earlier this week, detailing how the sergeant arrived to aid the elderly man within two minutes of being notified. Then, Sergeant Al Hammadi dutifully and safely diverted oncoming traffic.

Going above and beyond, his help and support did not end there. He helped Al Abideen to contact assistance to take the broken down car away and also paid for the cost of towing the vehicle.

Sharjah Police themselves also praised Sergeant Al Hammadi with the force’s chief Major-General Saif Al Shamsi, “Al Hammadi is an honourable model for police officers, and his act reflects our dedication to the job.”