Want To Volunteer In The UAE? You Might Have Some Royal Company… 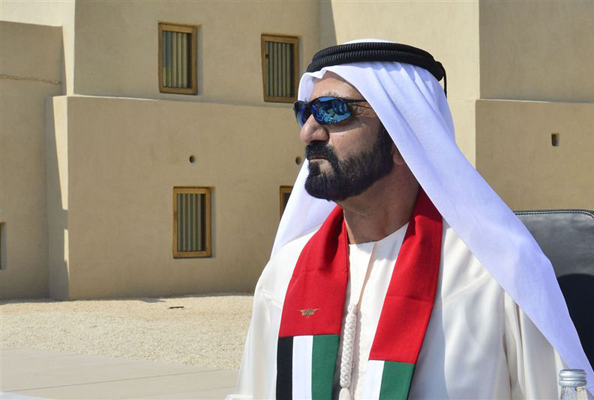 Giving back to the community just got a little easier with the launch of this new website.

2017 might be the Year of Giving, but sometimes it can be difficult to know just how to get involved.

After all, the laws around charity and volunteering can be a little unclear, as our pals at What’s On Dubai have reported.

However a brand-new initiative will make giving back a whole lot easier.

Read:
Princess Haya And Queen Elizabeth Sure Did Up The Style Stakes At The Races…
Sheikh Mohammed Calls For Increased Generosity To Those In Need Over Ramadan

HH Sheikh Mohammed bin Rashid Al Maktoum, Vice President and Prime Minister of the UAE and Ruler of Dubai, has just launched a national volunteer platform which allows people to donate their time to many worthy causes.

And its first two volunteers? None other than Sheikh Mohammed himself, along with HH Sheikh Mohammed bin Zayed Al Nahyan, Crown Prince of Abu Dhabi and Deputy Supreme Commander of the UAE Armed Forces.

The Arabic and English platform lets residents become registered volunteers by submitting a few details (name, contact details, ID number and so on), before they can select the kind of organisation they want to work at.

(Just FYI – we got the confirmation emails in Arabic, so you might need to employ a little Google Translate).

According to the site, there are already more than 84,000 volunteers signed up and 278 volunteering opportunities.

You can filter by interests such as arts and culture, children, health and sports, highlight your relevant skills, and select the dates you want to volunteer.

At the moment, there are 35 organisations that volunteers can work with, ranging from government departments (like Sharjah social services or the Ministry of Interior) to humanitarian groups such as Emirates Red Crescent or programmes designed to empower women.

When you click on a registered opportunity, you’ll be able to see details such as hours required, the age required (if applicable) and any language skills needed, as well as a description of what volunteering will entail.

If you apply, you’ll need to upload images of your passport, visa and Emirates ID, and you’ll be contacted if your submission to volunteer is successful.

According to Dubai Media Office, volunteers.ae “will be the largest and most thorough volunteer platform in the country”, with the aim of signing up 200,000 volunteers by the end of the year.

“Our goal is to consolidate the spirit of volunteering during the UAE Year of Giving and beyond,” said HH Sheikh Mohammed on Instagram.

“Volunteering is a noble and valuable act that leads to happiness for both the volunteers and the communities they serve so selflessly.”

As well as linking volunteers with opportunities, the site will create a personal record for each volunteer and create accurate statistics for the government.

We’ve already signed up… will you?