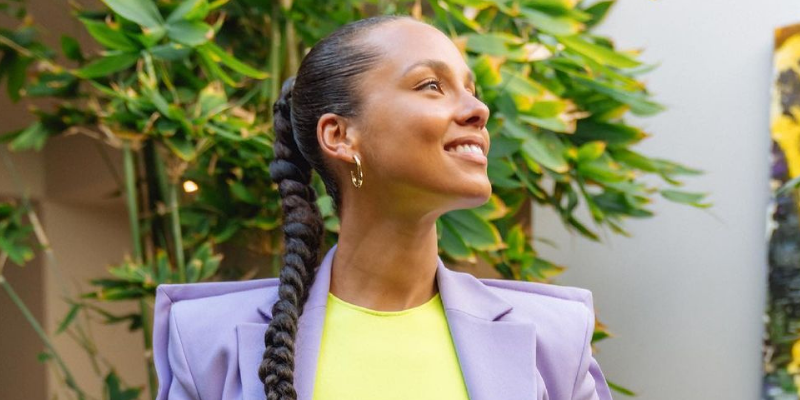 Over the weekend, a video emerged on Instagram, which was posted by the Kingdom’s Minister of Culture, Prince Bader bin Abdullah bin Mohammed bin Farhan Al Saud, of the artist performing one of her hit songs, Fallin’.

The performance took place at a girls’ school – Madrasat AdDeera, which is located in AlUla.

While Keys herself hasn’t announced that she’s in Saudi Arabia at the moment, she has been seen out with Saudi Arabian media personality Hassan Ghoneim.

The photos were screenshotted by a fan and then shared on Twitter, which Ghoneim previously posted on Instagram on April 9.

The trip appears to mark the singer’s first time in the Kingdom.