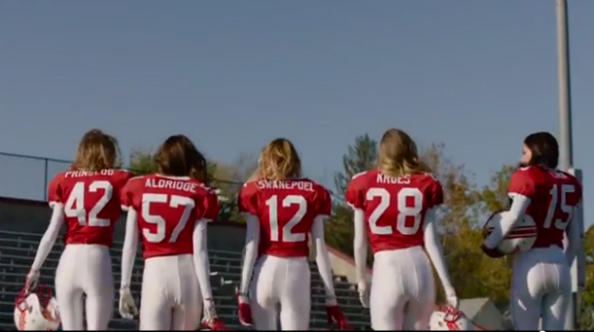 It is set to be the most popular and most watched Super Bowl advert in history and it doesn’t involve a puppy or a cute kid dressed as Darth Vader. No, the video that is sure to get the crowds going wild during the illustrious American Football tournament is the new Victoria’s Secret ad.

Titled Don’t Drop The Ball, the advert which is only second Victoria’s Secret campaign to have aired during Super Bowl (the last one ran in 2008) is a gentle reminder to all the men at the games to buy their ladies something nice for Valentine’s Day, with the less than subtle closing line: “It’s not Valentine’s Day without Victoria’s Secret.”

Choosing to air during NFL Super Bowl XLIX was a no brainer for the Angels, who have been relatively quiet since their big fashion show in December – the advert will certainly stop the withdrawals everyone has been experiencing (even us green-with-envy ladies at EW HQ have missed them). 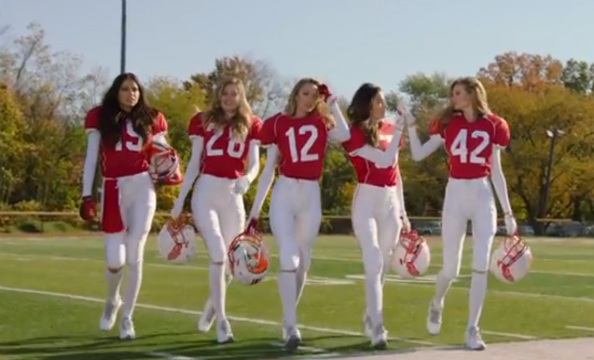 But while it is the most covered we have ever seen the famous Angels – the advert stars Adriana Lima, Doutzen Kroes, Lily Aldridge, Behati Prinsloo and Candice Swanepoel – it’s definitely still attention grabbing thanks to to the sound effects and clever editing which almost make the models looks like convincing football players., we stress almost.

The 30-second spot is part of a Valentine’s Day-themed campaign that will run during the fourth quarter of the game on February 1. The ad, which was created in house, will certainly get the crowd’s attention, so much so we don’t think many will be sticking around to catch the rest of the game. In case you’re wondering, Victoria’s Secret is located at the Mall Of The Emirates…

If you missed the far saucier, Victoria’s Secret campaign for the 2008 Super Bowl, here it is: