Versus Versace and Superga Launch Collaboration 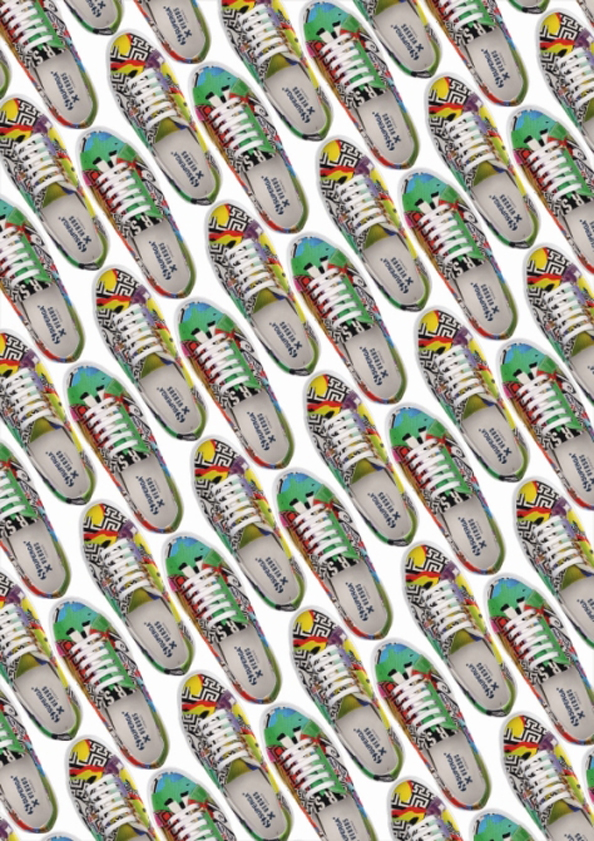 Two iconic Italian brands at very different ends of the price spectrum have joined forces to relieve you of sore, stiletto-ravaged feet by creating chic yet comfortable shoes. Versus Versace, the diffusion line of Italian powerhouse Versace and sneaker sensations Superga have teamed up for a limited edition reinvention of the of the historical SUPERGA 2750 model, made using one of the key bright prints from the Versus Versace A/W 14-15 collection.

Harnessing the rebellious, youthful spirit of Versus Versace, the classic white sneaker, which is right on-trend this season, has been given a makeover with unmissable baroque motifs, bright, psychedelic accents and an abundance of logos. Made with a soft, cotton upper and a sole of vulcanised natural rubber, the fabulously comfy flats are sure to be a hit with longtime celebrity fans of the label including Rita Ora, Alexa Chung and Suki Waterhouse, who has just signed on to front the campaign for their S/S14 collection and will be designing a few pairs of sneakers for their charitable projects.

This isn’t the first time the house of Versace has reached out to a high street and lower priced brand, having previously created a well-received collection for H&M in 2001, which sold out in many stores worldwide within 30 minutes and caused a serious case of FOMO for those who had missed the wave. Superga have also dabbled in outsider collections with great success, recently tapping American blogger and style icon Leandra Medine from manrepeller.com to turn her hand to design and release a limited edition capsule range within their stores.

Much to the delight of image-conscious ladies everywhere, the shoes, which start from Dhs525, will be available online at shop.versace.com and superga.com in Europe from June 20 and will be released worldwide in selected Versus Versace boutiques and in the Superga stores, from June 29. We’ll race you there…