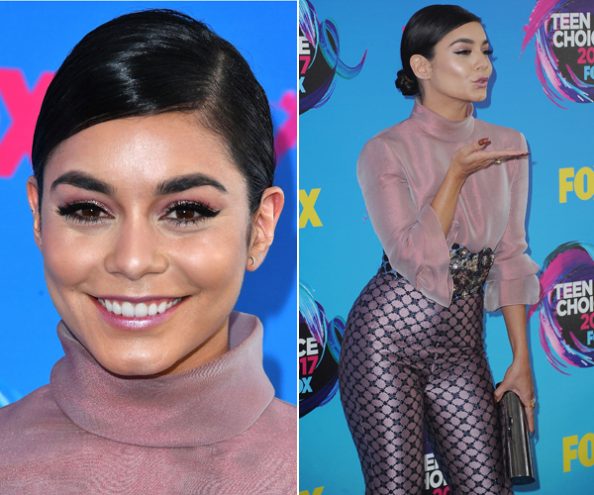 The High School Musical star was pretty in pink.

Vanessa Hudgens delivered a powerful acceptance speech at this year’s Teen Choice Awards – and looked super chic while doing so, thanks to Lebanese designer Reem Acra.

The 28-year-old actress was honoured with the inaugural #SeeHer award for “pushing boundaries on changing stereotypes and embodying the fight for realistic female portrayals in media”.

She took to the stage in a sophisticated Reem Acra Fall 2017 outfit, which consisted of a shimmering blush high-neck top and bold printed pants. 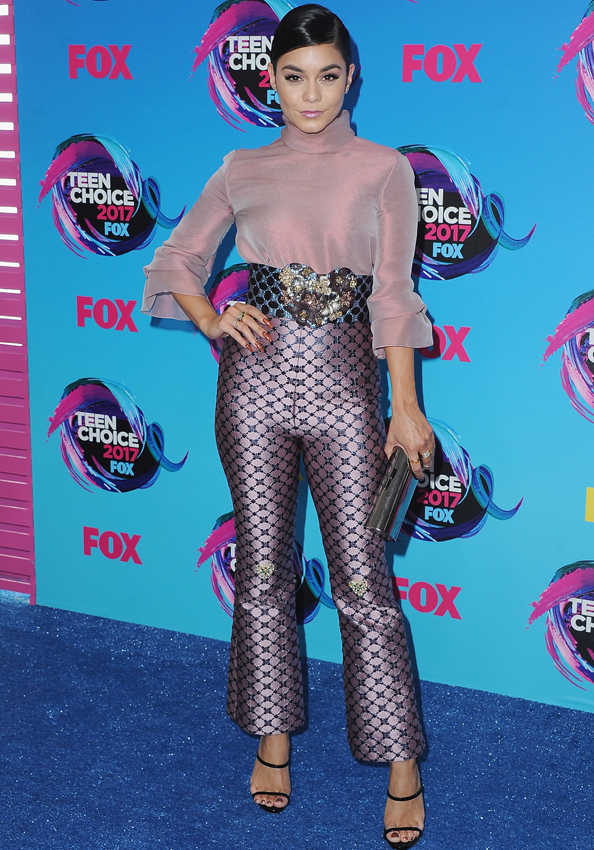 Accepting the award, the star spoke of how she “woke up at 27 and realised I had no idea who I was, what I stood for, and what I wanted.”

“It was terrifying and extremely humbling,” she said. “But I look back on that moment really grateful because it pushed me to dig deeper and figure out what type of woman I wanted to become.”

She had a message for her fans: “I think it is so important for us to lean into our individuality and to embrace our weirdness. To not be afraid of being different, because God made you you for a reason.

“So know that in your heart, you are enough. And the more that you lean into that, the brighter you will shine.”

Beirut-born designer Reem Acra is a favourite among celebrities, having dressed the likes of Taylor Swift, Beyonce, Selena Gomez and Angelina Jolie. She also designed the dress that US First Lady Melania Trump wore on the eve of her husband’s presidential inauguration.

It’s not the first time Hudgens has turned to the designer, either. The star wore a champagne Reem Acra mini-dress to the premiere of Charlie St. Cloud back in 2010, where she was supporting her High School Musical co-star and then-boyfriend Zac Efron. 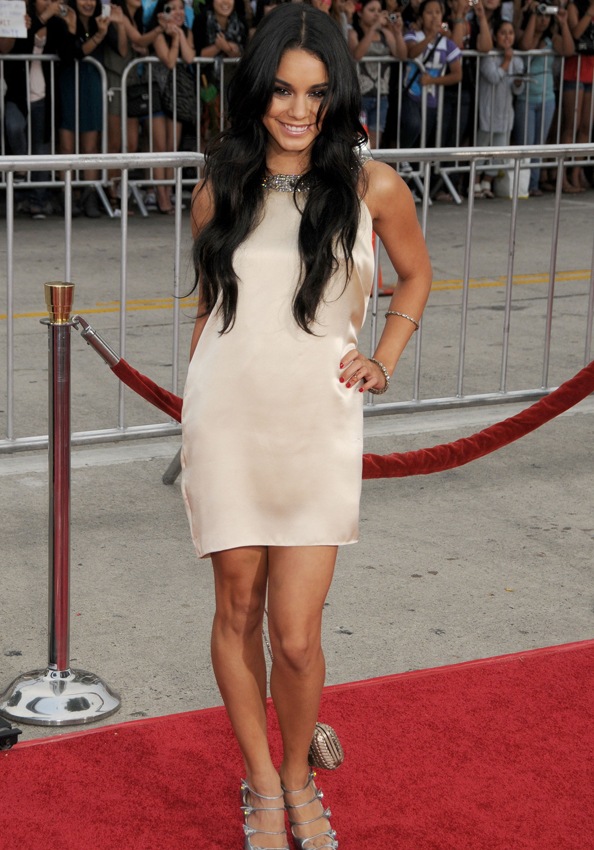