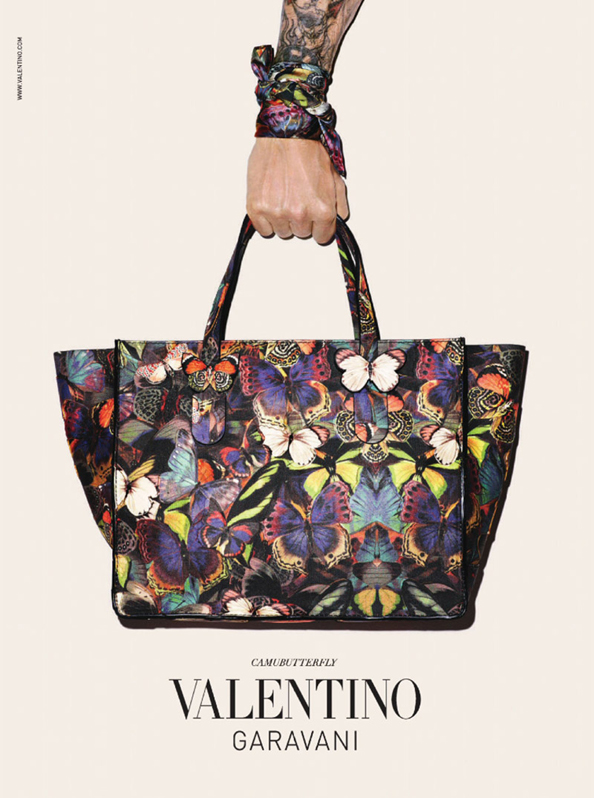 Top American fashion photographer Terry Richardson is back for another Valentino campaign, and this time instead of shooting a gorgeous model, the controversial shutterbug is the star himself, lending his tattooed arms for the fashion house’s A/W14 accessories range.

The new  collection, designed by creative directors Maria Grazia Chiuri and Pierpaolo Piccioli, takes an artsy turn with iconic and classic camouflage even a modern edge updated with quirky butterfly prints in an array of psychedelic jewel tones. 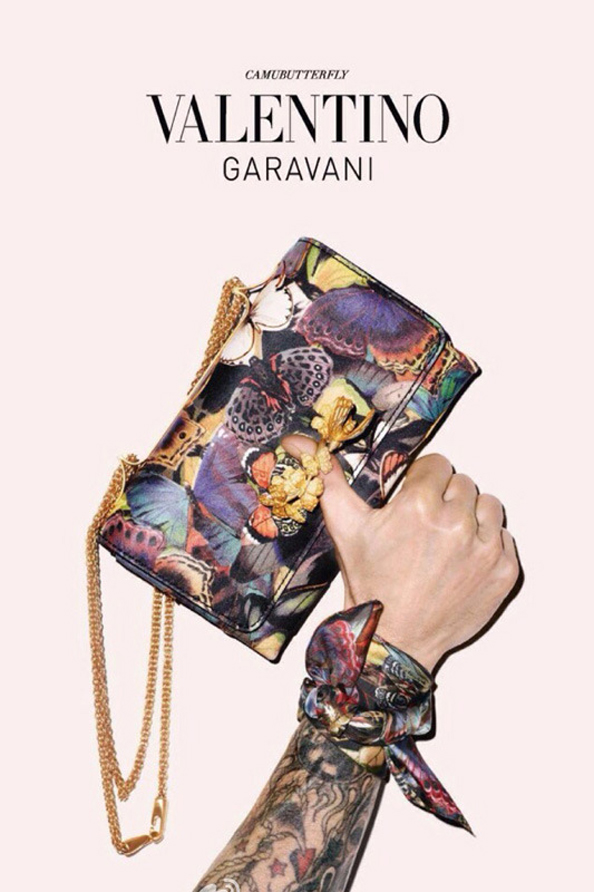 The decision to continue to work with Terry is a bold move for the Italian label, which is adamantly standing by the photographer despite the controversy surrounding him over the last few months. A number of publications and brands have stated that they have no future plans to work with Terry after the latest claims of harassment made by British model Emma Appleton.

Terry Richardson who likes to be called “Uncle Terry” isn’t your typical fashion snapper and a quick click on his website terrysdiary.com reveals his explicit sexually charged shoots. Early in his career magazines rejected the style of the photography that he is now famous for, but after his first published fashion photos appeared in Vibe in 1994 he went on to photograph pretty much everybody worth photographing in his career.  Terry has also shot advertising campaigns with industry big wig including Saint Laurent, Marc Jacobs and Tom Ford as well as top international magazines including GQ, Vogue and Vanity Fair.