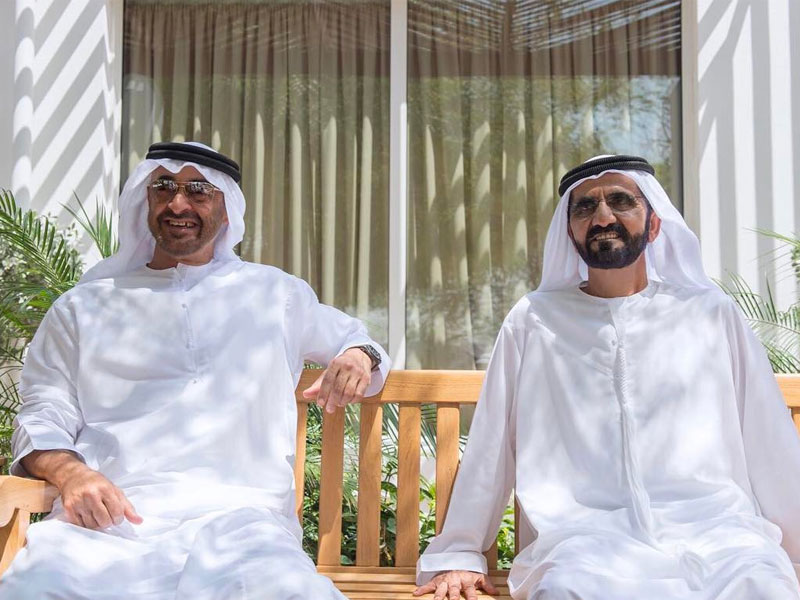 How many other world leaders would hold their meetings outside in the fresh air?

Let’s play a word association game. We say politics, and you probably think of stuffy conference rooms, intimidating debate chambers, and a whole lot of serious people in suits.

But they like to do things a little differently in the UAE, as new pictures of the nation’s leaders show.

Where did these two powerful men decide to meet? On a park bench.

Sitting under the shade of some trees, the two Sheikh Mohammeds reportedly discussed a number of national issues related to overall development, the culture of giving, tolerance, and means of spreading happiness among UAE citizens.

Here’s a video released by the Emirates News Agency of the pair enjoying a pleasant chat:

The park bench meeting was also something of a family affair. The Dubai ruler’s daughter, Sheikha Manal bint Mohammed bin Rashid Al Maktoum, shared photos of the event on her Instagram account, with the caption: “My #family”.