The number of Emirati men marrying foreign women is on the rise, so much so that the UAE’s Federal National Council has decided to look into the matter.

Statistics provided by the Federal National Council revealed that 57 per cent of marriages in UAE were mixed, with Emiratis (particularly the men) marrying foreign nationals.

With figures on the rise, officials are worried it could “affect the national identity.” Federal National Council (FNC) member Hamad Al Rahoomi, said: “If Emirati men marry expats, then who will the Emirati women get married to?”

Read: Know Your Rights In The UAE

“I want to ask the Marriage Fund what they are doing about the growing trend?” he continued. “Are the trends being analysed and are solutions being found?”

The Marriage Fund that Al Rahoomi refers to is an allowance given to Emirati couples toward their wedding and marriage counselling. 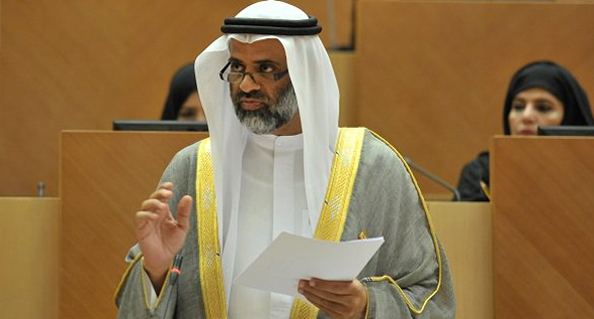 As a result of the high statistics 10 FNC members have been appointed roles to investigate how mixed-nationality marriages pan out.

Al Rahoomi wants to know how many end in divorce, and what happens to the children in the divorce cases. According to reports “50 per cent of Emirati children will be born to foreign mothers in just 10 years.”

Al Rahoomi added: “The Marriage Fund and the Ministry of Community Development have to tackle this serious problem and find solutions. The figures of mixed marriages are appalling if the number of children born to foreign mothers is added to children born to unknown parents.”

Read: 10 Moments That Prove Sheikh Mohammed And Princess Haya Are The Perfect Couple

As well as worrying about “national identity” one council member, Mohammed Al Mehrezi, also discussed a potential study looking into “resolving spinsterhood and encouraging polygamy.”  Essentially, what to do with the women who have not found ‘the one’.