UAE Hailed As The World’s Number One Financial Donor 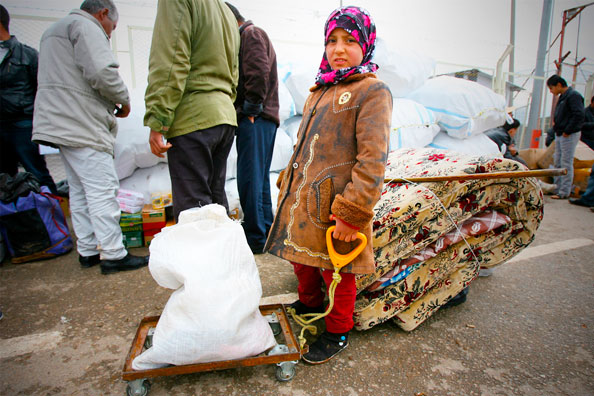 As a nation renowned for its friendly locals, it’s hardly surprising to hear that the UAE has been named as the world’s largest donor according to the Organisation for Economic Cooperation and Development (OECD).

When it comes to which country has the biggest heart, the UAE has jumped up from 19th place in 2012 and straight to the number spot in 2013 with data revealing the region’s official development assistance came to a total of US$5.2 billion. That’s an increase of 375 per cent.

During the devastating Arab Spring and the undergoing political turmoil in its neighbouring Arab nations, the UAE has been incredibly generous with aid packages. It was announced that US$60 million alone was donated to the victims of the civil war in Syria, with US$50 million be used to help displaced victims.

According to sources US$108 million was used to provide humanitarian assistance and US$98 million towards charity projects. The UAE is also said to be committed to donating US$1.52 billion in future development projects across 13 countries.

The UAE’s minister of development and International Co-operation Sheikha Lubna bint Khalid Al Qasimi revealed the UAE’s first position was not accidental. She said: “The UAE continues its work with its international donor partners in line with the directives of our wise leadership in order to enhance the sustainable development in the Third World countries and eradicate poverty. The culture of giving is deeply rooted in our society and it has always nurtured by UAE leaders since the inception of the UAE.”

Behind the glitz, bling and bright lights of an advancing modern nation, the UAE is constantly hailed for it’s generous nature. Earlier this year it was also praised for it support to Palestian refugees with US$15 million going toward the UN Relief and Works Agency (UNRWA).

The general commissioner for the UNRWA said: “This generous pledge from the UAE will help the UNRWA to deliver crucial assistance to the suffering people of Yarmouk and other Palestine refugee camps in Syria. We appreciate the trust that the UAE has placed in us to deliver aid inside Syria. With our 3,700 workers, we are managing to deliver assistance to almost 400,000 Palestinians in Syria.”