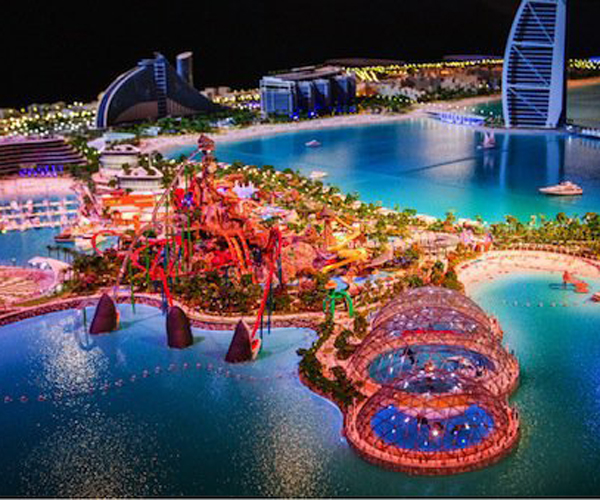 The area around the Madinat Jumeirah is getting one massive makeover, HH Sheikh Mohammed has announced.

The waters around the iconic Burj Al Arab look set to be transformed by a huge new Dhs6.3 billion project, it has been revealed.

The just-announced Marsa Al Arab project will see two new islands built in Jumeirah next to the seven-star hotel, bringing with them a range of new lifestyle and entertainment options.

Spread across a whopping four million square feet, the islands will add more than two kilometres of beach to Dubai, according to a statement. 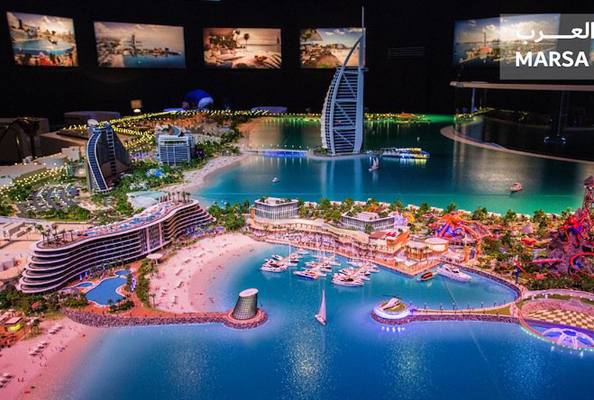 Read:
You Just Couldn’t Keep Justin Bieber Away From This Dubai Beach Club…
We’re Going To Be Spending So Much Time In This New Dubai Mall Store

One island will house a luxury resort, developed by the Jumeirah Group, while the other will be focused around entertainment and tourism.

The project, which was announced by HH Sheikh Mohammed bin Rashid Al Maktoum, Vice President and Prime Minister of the UAE and ruler of Dubai, will be developed by Dubai Holding and managed by Jumeirah (who also run the Burj Al Arab and Madinat Jumeirah complex). 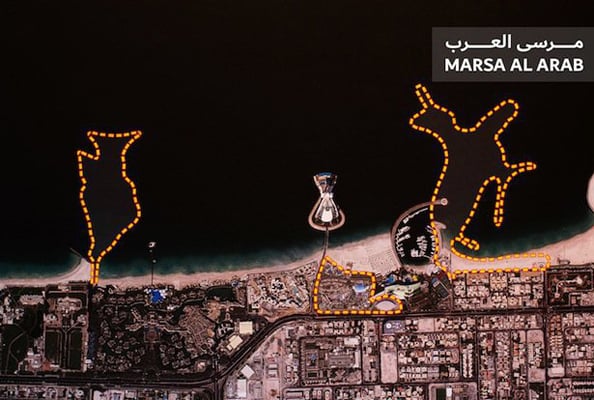 The highlights of the new project? Well, the Wild Wadi Waterpark will be relocated closer to the beach, and will double in size.

The revamped park will feature “new thrills, family rides and record breaking attractions”, according to the statement.

The entertainment island will also welcome a 1,700-seat theatre, which will house shows by famed acrobatic group Cirque du Soleil (so La Perle, you’re getting competition…). 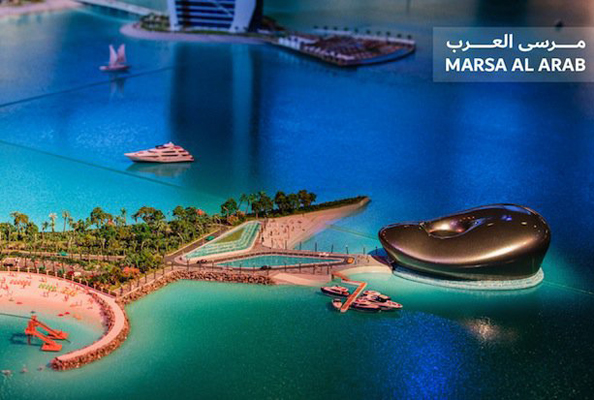 Read:
This New Dubai Hotel Has A Women-Only Floor For Solo Female Travellers
The UAE Wants To Be The World’s Best Country By 2071

What’s more, there’ll be a Marine Park filled with exotic sea life (we don’t know what, though), with a 1,000-seat arena for live shows, and a Dubai Pearl Museum which will showcase an impressive and rare range of the oyster-made gems.

Pearls will form a bit of a theme, with a pearl farm and pearl-inspired boutique hotel also set to launch as part of the project. 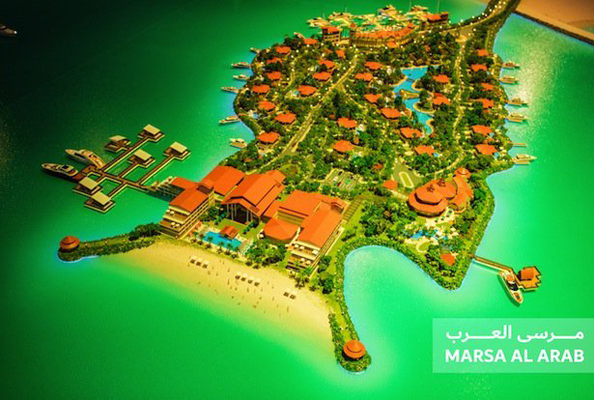 If sailing is your sport, you’ll be happy to know the new development will include a private yacht marina and a yacht club (as well as a helipad if you’d rather travel by air).

The area currently occupied by Wild Wadi will be turned into 20,000 square metres of shopping space, featuring international brands as well as restaurants and cafes. (There’ll also be a convention centre and hotel for business travellers).

In total, the two islands will see 400 new food and beverage outlets arrive in Dubai.

Those into keeping fit will be able to make the most of pedestrian pathways, a jogging track, a large swimming pool and a cycling course, once Marsa Al Arab is complete. 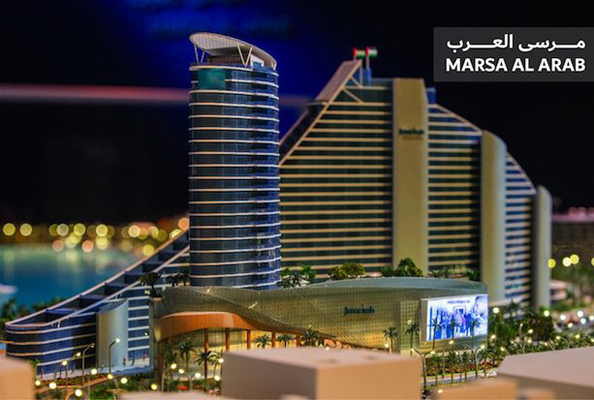 Whether you’re a tourist or a resident, you’ll have several options at Marsa Al Arab.

As well as the aforementioned hotels, there’ll be 300 seafront apartments and 140 luxury villas (located on the residential island and offering offer “complete privacy” according to the statement).

Overall, the project will add 2,400 hotel rooms to Jumeirah’s portfolio, bringing its total offering to 8,428 rooms.

When finished a Group Rapid Transit network should be in place to link up all the resorts and destinations across the massive complex.

So, when will it open?

Well, ground will be broken later this year, with the development slated to be finished by late 2020.

The development is all part of the city’s plan to attract 20 million visitors by 2020, and increase the amount of time travellers spend in the emirate.

The project is also designed to boost job creation and provide opportunities for Emiratis in the tourism sector.