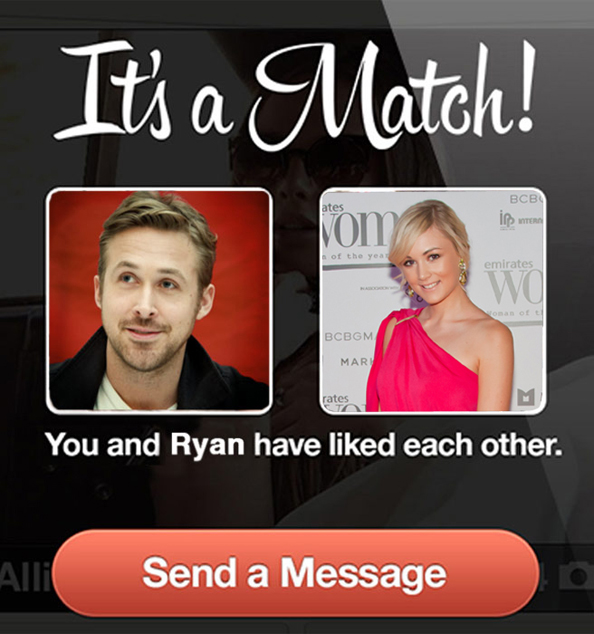 With success, notoriety, beauty and money, you’d think it would be easy for celebrities to find love. But a recent report from dating app Tinder has revealed that famous people find it difficult to bag dates. Like other social sites such as Twitter, Tinder is set to roll out verification badges to stop speculation over ‘fake’ profiles.

“We’ve had celebrities reach out to us frequently throughout the last year, sort of calling out various frustrations convincing other users who they actually are,” co-founder Sean Rad recently told TIME. “One impediment is that sometimes their Facebook accounts, which we pull information from, includes different names.”

While mere mortals will continue to sign into Tinder using information from Facebook, verified celebrities will be able to separate these two accounts, in case they use a pseudonym on their Facebook profile. There will also be a verification badge so that other users know the celebrity is real, and not Joe Bloggs posing as an A-lister.

Tinder bosses refuse to disclose which celebrities use the app, however, Lindsay Lohan has spoken out about using the dating tool and snowboarder Jamie Anderson said during the Sochi 2014 “Tinder in the Olympic Village is next level.”

First launched in 2012, founders Sean Rad and Justin Mateen have had first hand experience of the need for verification. The pair found it difficult to convince matches of their real identities when they first created their profiles. “No one believed us,” said Justin. “They thought [we] were lying [about being the founders of Tinder] and said ‘funny joke loser.’”

What qualifies as a ‘celebrity’ hasn’t been revealed yet by Tinder, and verification is still a work in progress. It’s expected to encompass household names and recognisable faces from actors to athletes.

Something doesn’t quite sit right with us on this one. Someone who needs confirmation that you’re a celebrity before they start speaking to you? Now that’s love…