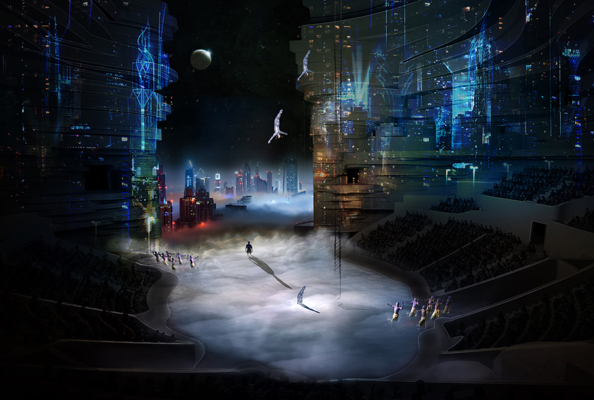 Put it in your diary: you can book a seat at La Perle By Dragone from tomorrow. Here are the details.

It’s been over a year since it was announced that a unique aquatic and gymnastic show, created by a world-famous theatre director, was coming to Dubai.

But the wait is almost over.

La Perle by Dragone will begin performances in its custom-built Al Habtoor City theatre this summer – from August 31 to be precise. 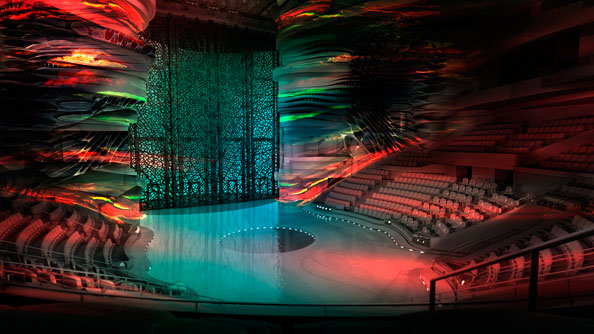 Read:
Video & Images: Inside Dubai’s First Aquatic Theatre La Perle By Dragone
The Next Musical Coming To Dubai Opera Is A Biggie…

The water-based permanent show, created by former Cirque du Soleil director Franco Dragone, will launch its dedicated sales website on May 29, with tickets starting from Dhs400.

Bronze, Silver, Gold and VIP packages will also be available, however with seats built 270 degrees around the state-of-the-art theatre, everyone’s guaranteed a pretty good view of the spectacular stunts (the set-up only goes 14 rows deep, after all). 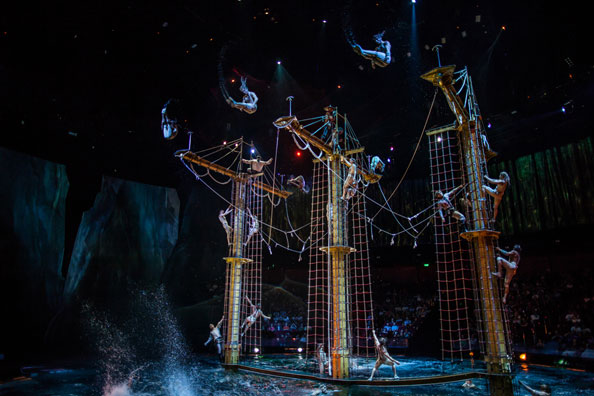 The entire show is inspired by “the spirit of Dubai”, and will feature stunts such as dives from 25 metres high into the aqua-stage filled with 2.7 million litres of water, and acrobatics where gymnasts travel through the air at 15 kilometres an hour.

(If you’ve ever seen Dragone’s The House of Dancing Water in Macau, you’ll have a vague idea of what to expect).

More than 130 performers and backstage crew have jetted into Dubai to take part in the show – we saw them practicing earlier this year, and believe us when we say you’re in for quite a treat.

Read:
What You Need To Know About The Two New Islands Coming To Dubai
16 Secrets We Learnt Backstage At Dubai Opera’s Mary Poppins

Once launched, La Perle performances will run from Tuesday to Friday at 7pm and 9.30pm, and on Saturdays at 4pm and 7pm (so yes, that’s 10 shows a week – those acrobats have real stamina).

“We can say with all certainty that each person who comes to La Perle will be witnessing a live entertainment performance like they have never seen before,” said the show executive producer, Craig Hartenstine. 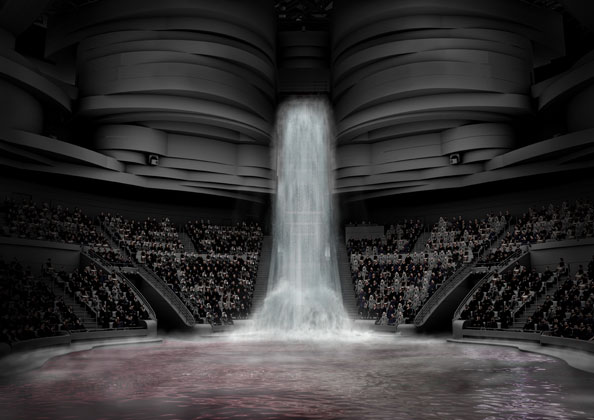 As it’s a water show, those in front few rows will be provided protective ponchos.

“The theatre we have built is not just a theatre, it’s an incredible machine. It’s like a special spaceship or more like an A380 plane which I have to fly,” Dragone said earlier this year.

“It’s not possible that people seeing this show for the first time won’t be moved.”

Visit laperle.com to buy tickets, or you can call (800) LAPERLE or email boxoffice@laperle.com.