It’s Behind Lots Of Crashes, But 75 Per Cent Of You Still Do It 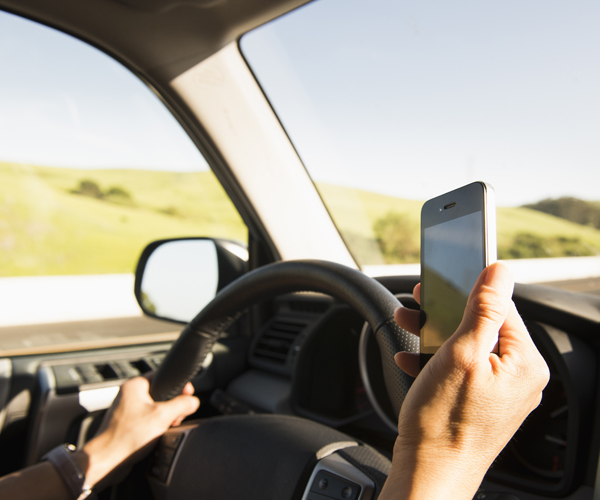 We’ve all seen it people do it behind the wheel.

It’s been drummed into all of us how dangerous driving while using your phone is, yet a new survey of 1,033 motorists by YouGov has revealed that only 26 per cent of UAE drivers won’t use their phone while driving.

Driving while on the phone is one of the most common causes of car crashes, and it’s illegal – yet it still has one of the highest rates of offenders.

The findings of the YouGov survey, released by RoadSafetyUAE and QIC Insured, show that those aged between 25 to 29 were the most likely to use their phones behind the wheel.

As far as which emirate has the most offenders, the majority are from Sharjah, followed by Dubai and then Abu Dhabi.

The survey states that western expats have the best driving habits and are the least likely to use their devices while driving.

“No call or message can be so important to handicap your own safety, the safety of your passengers and the safety of other traffic participants around you,” said Frederik Bisbjerg, Executive VP MENA Retail at QIC Insured.

“To improve the situation, the UAE needs ongoing education efforts, the creation and promotion of safe driving mobile phone applications (including an auto-mute function) and a strict enforcement of the current rules and regulations with regards to the ban of mobile phones while driving.”

Read:
UAE Road Trips Tailored To Your Personality
Dubai Roads Getting A Makeover As Part Of Huge RTA Plan
Motorists Reveal Dubai Roads Are Getting More Dangerous
The UAE Is Ranked As A Surprisingly Good Country For Driving
Dubai Women Are The Better Drivers… By A Mile

WHICH ROADS IN DUBAI ARE THE MOST DANGEROUS?

A report from the Dubai Police listed Dubai’s roads in the second quarter of 2016 by the number of accidents recorded on each.

The most dangerous road in the emirates was Sheikh Mohammed bin Zayed Road, followed by Emirates Road in close second.

Sheikh Zayed Road, despite having somewhat of a reputation only saw one seventh of the fatal accidents in the second quarter of this year that Sheikh Mohammed bin Zayed Road saw.

EIGHT TIPS FOR STAYING SAFE ON THE ROAD