The Model Arrested In Saudi Arabia Has Been Released Without Charge 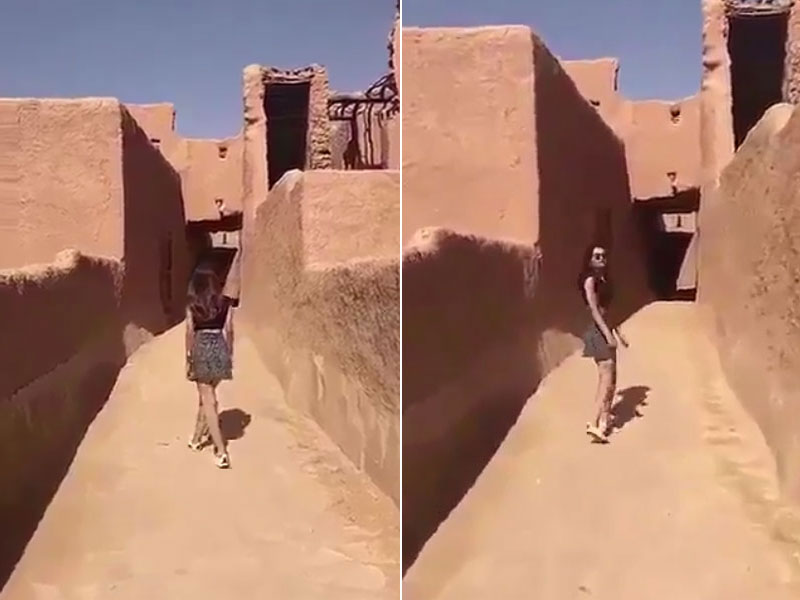 The woman broke the kingdom’s dress code while walking around a historic village.

A model who was questioned by police after walking around Saudi Arabia in a short skirt and crop top has reportedly been released.

The woman, who is known only as Khulood, was detained in Riyadh for her “indecent clothing”, Saudi station Al Ekhbariya reported on Tuesday.

According to a Reuters report, she was freed after telling investigators the video had been posted to social media without her knowledge.

“She was released without charge and the case has been closed by the prosecutor,” a statement from the Saudi centre for international communications said.

Read:
This Zuhair Murad Wedding Dress Is What Bridal Dreams Are Made Of
Why The Rich Kids Of Saudi Are Grabbing The World’s Attention

In the clip, shared to Snapchat over the weekend, the model could be seen touring the heritage fort of Ushayqir while dressed in the outfit.

The video quickly went viral across social media, causing Saudi officials to launch an investigation as the kingdom has a legally-enforced modest dress code for women.

All females in the conservative kingdom must wear loose-fittings abayas in public, with many Muslim women also wearing a hijab or niqab.

Visiting foreigners and non-Muslim women are, however, not required by law to don a headscarf.

(Both US First Lady Melania Trump and German Chancellor Angela Merkel chose not to wear a hijab during recent visits to Saudi).

The clip sparked fierce debate on social media, with many calling for her subsequent arrest while others defended her freedom of choice.

“We should respect the laws of the country,” one Twitter user wrote.

“In France, the niqab [face-covering veil] is banned and women are fined if they wear it. In Saudi Arabia, wearing abayas and modest clothing is part of the kingdom’s laws.”