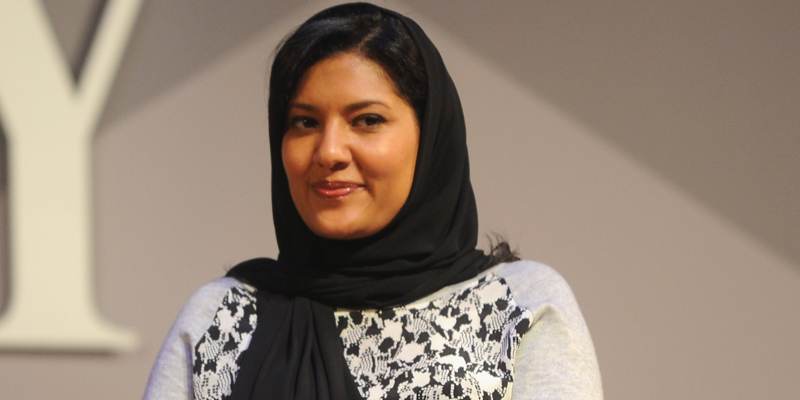 Princess Reema has become “the first woman to lead a federation” for sport in Saudi Arabia.

She’s already been leading change in Saudi Arabia, after successfully campaigning for authorities to issue licences for women’s gyms.

And now Princess Reema bin Bandar bin Sultan has scored another first in the kingdom, after being appointed to a multi-sports federation’s top role.

Read:
Saudi police will now fine, not arrest, women caught behind the wheel
Sheikh Hamdan is on the road again, and here’s where he’s gone now

That makes the royal “the first woman to lead a federation” covering sporting activities for men and women, an official told AFP.

Princess Reema scored another  first when she was appointed to head up a sports department for women last year, and revealed on Twitter that she hopes to help Saudi achieves its “dreams” in her new role.

The royal, the daughter of former US ambassador Prince Bandar bin Sultan, was born in Riyadh but educated in America, earning a degree in museum studies from George Washington University.

Princess Reema has worked as the CEO of luxury retailer Alfa International, is the founder of a creative talent initiative, and has also made a name for herself as an activist for female empowerment.

Her latest job as President of the Saudi Federation for Community Sports follows other historic appointments in the kingdom, including that of Fatimah Baeshen, who last month was named the country’s first female spokeswoman.

Saudi national Baeshen celebrated the announcement of her new role, saying she was “proud to serve” her country.

The news came hot on the heels of the revelation that Saudi Arabia will soon start issuing driving licences to women, in a royal decree that comes into effect in June 2018.

Read:
This Egyptian university has banned ripped jeans
These photos show another side of Saudi Arabia