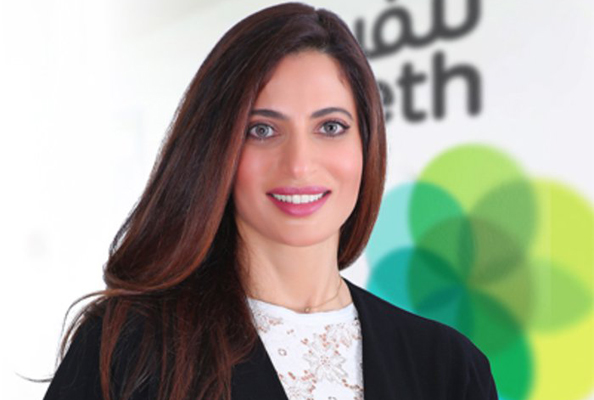 Maryam Bahlooq will be the first woman to take this role with Emirates NBD.

The UAE is on a serious mission to achieve gender balance – in fact, the Emirates hopes to become one of world’s top 25 countries for gender equality by 2021.

So the announcement that a Dubai banking giant has appointed its first CEO is very welcome news indeed.

Maryam Bahlooq, who was previously the acting group head of Human Resources at Emirates NBD, will take up the role of Chief Executive Officer at Tanfeeth, a fully-owned subsidiary of the bank.

Read:
Sheikh Mohammed Just Made A Massive Pledge To Help Beat This Disease
This Abu Dhabi Mall Is Having A Huge 24-Hour Sale Over Eid

It’ll be the first time a female has held that position.

“I am honoured to lead Tanfeeth as we continue to support Emirates NBD Group’s growing needs, which include business units, subsidiaries and international operations,” said Bahlooq in a statement from the bank.

“I am also delighted to be the first female UAE national to assume a CEO position within the Group and hope to inspire and mentor others like me to take on similar leadership roles.”

The UAE national, who has worked for Emirates NBD for 17 years, will now be responsible for more than 2,700 employees at Tanfeeth, the shared services company established in 2011 to manage the bank’s operations and customer service.

Bahlooq has predominantly worked in the bank’s HR department during her career, leading recruitment, nationalisation and business partnership.

Read:
Five Last-Minute Staycations To Spoil Yourself With Over Eid
Why Melania Trump Covered Her Head In Rome, And Not Saudi Arabia

She joins a growing rank of female CEOs making headlines in the GCC – just earlier this year, Sarah Al Suhaimi was revealed as the first female chair of Saudi Arabia’s stock exchange.

And we’re expecting to see more women climb the ranks soon, with the Dubai Women Establishment’s development strategy for 2017-2021 focusing on getting more females noticed in the workforce.

Vice-President of the UAE Gender Balance Council, Her Excellency Mona Al Marri, has previously said that “the country’s government believes in the power of women and the role that they can play in society”.