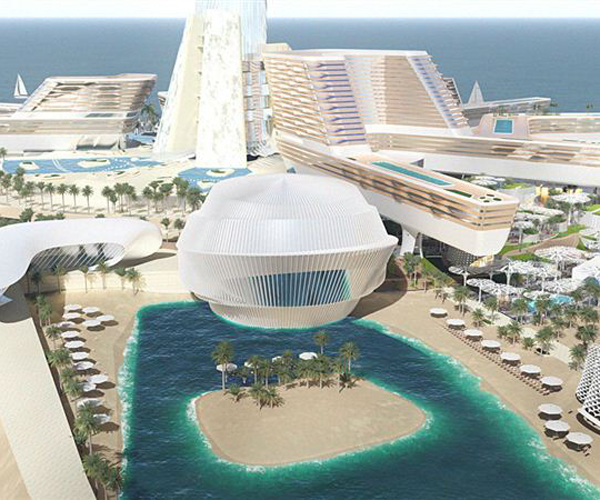 Always wanted to visit the world-famous Bellagio? Well, soon you won’t have to hop on a plane to spend a night there…

Dubai’s not exactly sparse on the old hotel front… but we’re especially excited about one of the city’s newest launches.

A beachfront entertainment destination is set to spring up on Jumeirah Beach, near the Burj al Arab, in the next few years, and with it will come some rather famous imports.

The 26-acre development will feature a Bellagio hotel, as well as a MGM Hotel and MGM Residences, and the whole thing looks incredibly futuristic. 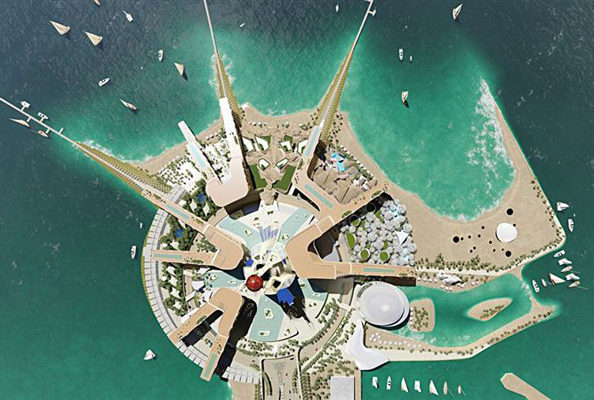 The project was launched this week by HH Sheikh Mohammed bin Rashid Al Maktoum, Vice President and Prime Minister of the UAE and Ruler of Dubai, and is expected to be finished sometime during 2021.

Read:
This Futuristic New Mall Should Open In Dubai In 2020
Everything You Need To Know About This Dubai Island Opening Next Year

So, what will you be able to find there?

Well, 26 acres takes a lot of filling – but the plans look set to do just that.

All together, the development will bring a huge 1,000 new hotel rooms to the city, along with a 500,000-square-foot theatre, museums, a beach club and many restaurants. 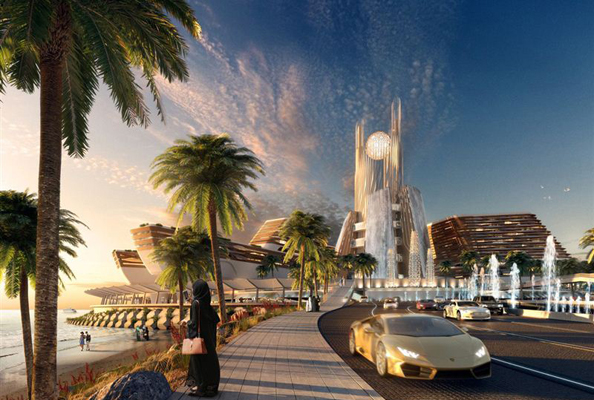 Hotel-wise, we don’t know exactly what the Dubai newcomers will include (though we’ll of course keep you updated).

However if the Las Vegas original is anything to go by, we can expect fountains, expensive artworks, and insane suites.

Read:
Dubai Gets A Starring Role In This New Hollywood Movie Trailer
There’s A Secret Dubai Store That Sells Luxury Beauty For A Steal

“This marks the first time we will offer multiple MGM luxury brands at a prime beachfront location,” said Bill Hornbuckle, president of MGM Resorts, in a statement.

The site will also “occupy the longest stretch of waterfront ever developed in Dubai” along Jumeirah Beach, according to Dubai Media Office. 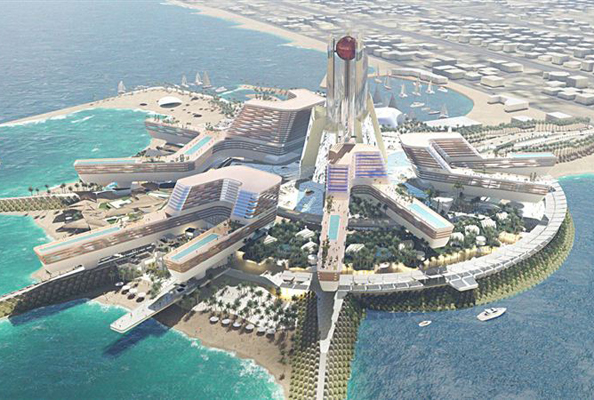 One of the development’s flagship structures will be a Mordor-worthy 110-metre-high tower from which 300 people can watch a sound and light show, while onsite ‘adventure zones’ will keep the kids entertained (and active).

Construction is estimated to begin later this year, and be completed in four years.