An Emirati Minister Is The ‘Most Powerful Arab Woman In Government’ When it comes to breaking down that glass ceiling, the women of the UAE are not just making cracks – they’re shattering it.

And Forbes‘ just-released annual Power List of Arab businesswomen is further proof of that, with the UAE representing the highest number of women in total.

Yes, women of the Emirates made up 18 of the top 100, with second place going to Egypt with 16 females included.

Read:
Dubai Authorities Just Did The Sweetest Thing For One Grieving Resident
A Model Has Been Detained In Saudi Arabia After Wearing This Outfit

And that’s not the only list the UAE dominated, with Sheikha Lubna Al Qasimi taking out the No 1 spot in the magazine’s list of Top 10 Most Powerful Arab Women In Government.

The Minister of State for Tolerance claimed the crown in a poll determined by candidates’ years of experience, scope of the role, and revenue or GDP of the government department.

Sheikha Lubna, who was appointed to the ground-breaking position in 2016, is a regular at the top of Forbes‘ Most Powerful lists. 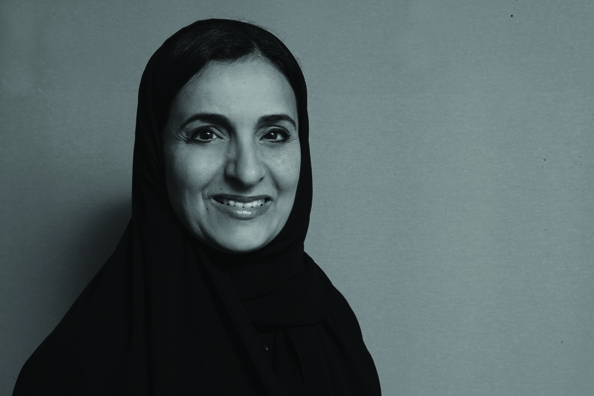 The royal, who is a member of Sharjah’s ruling family, was the first woman to hold a ministerial post in the United Arab Emirates, and the first Emirati to receive the Clinton Global Citizen Award.

She was followed in the most recent top 10 by Egypt’s Minister of Investment and International Cooperation, Sahar Nasr, and Minister of Social Solidarity, Ghada Wali.

Read:
There’s A Reality Show Coming To The Palm… And You Could Be Part Of It
Everything You Need To Know About The Contraceptive Pill In The UAE

When it came to the top 100 most powerful businesswomen, the UAE’s own Raja Easa Al Gurg took out third place.

Dubai-based Al Gurg is the managing director of the Easa Saleh Al Gurg Group, a multidivisional conglomerate with interests in the fields of retail, building and construction.

Also representing the Emirates in the top 20 was Dalya Al Muthanna, President and CEO of the Gulf arm of digital industrial company GE.

So could the women of the UAE make up a quarter of next year’s list? We reckon so…