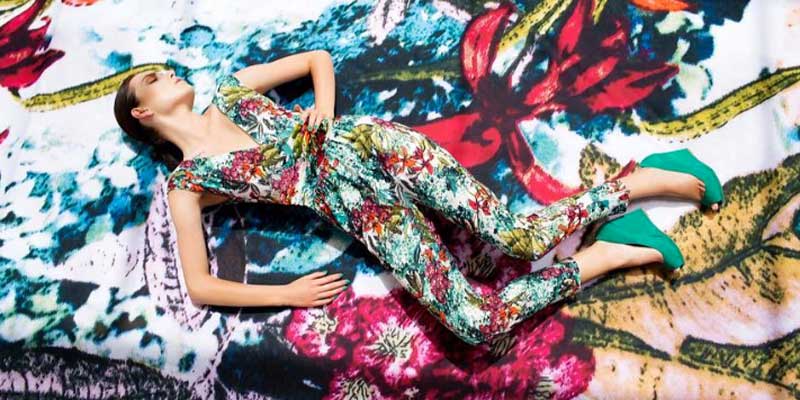 An emerging Egyptian label will showcase its spring/summer 2019 collection at London Fashion Week this September.

Egyptian-born designer Marwa Sayed is the brains behind Three Fifty Nine, which launched in 2015.

The news comes after Three Fifty Nine won a prestigious fashion competition right here in Dubai. Fashion Showcase, organised by Dubai Design and Fashion Council, invites emerging designers to submit their work. The winner is then selected to unveil their collection at Fashion Scout London, one of the biggest showcases at London Fashion Week.

Sayed was understandably excited about heading to the fashion capital.

“I’m thrilled to have been selected as the winner of DDFC X FAD Dubai Fashion Scout London,” she said. “It’s an incredible platform for emerging designers to present their collections at London Fashion Week and I’m overjoyed to be among the designers showcasing at the renowned event. It’s a dream come true.”

Three Fifty Nine has already made its mark on the local as well as international fashion scene. The brand showed at Fashion Forward Dubai and will do the same at New York Fashion Week next spring.

The label’s motto centres on how “perfection is overrated”. Sayed explained that Three Fifty Nine’s name derives from how it’s one degree less than the common 360 that “symbolizes perfection”.

The label joins a number of Egyptian designers putting the country firmly on the fashion map.

In 2016, five Egyptian designers were selected to participate in the International Fashion Showcase at London Fashion Week for the very first time.

Beyonce has even sported the cult brand twice – the first time the 20-time Grammy winner posted a snap of her sporting their orange Dome leather belt bag, it sold out.

Congratulations Three Fifty Nine! We predict even bigger things for the brand.