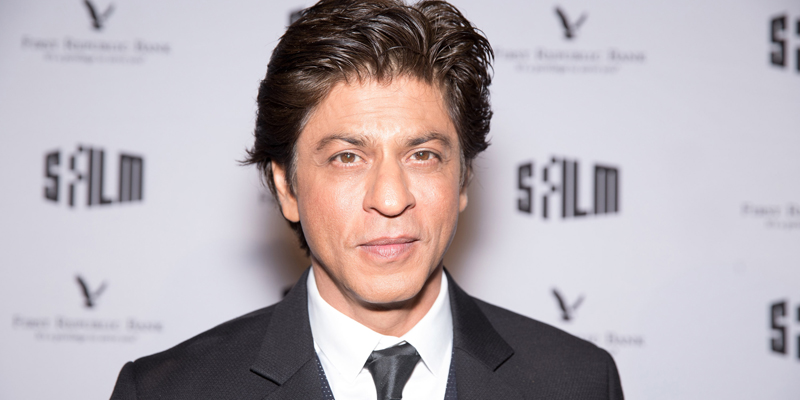 Shah Rukh Khan ranks above Hollywood icons such as Tom Hanks and Samuel L. Jackson when it comes to his salary.

He’s known as the King of Bollywood, so it’s little surprise that Shah Rukh Khan can command a royal fee.

In fact, the New Delhi-born actor is amongst the industry’s best-paid stars, beating out some other huge names with his earnings for 2016.

The star has just been named in Forbes‘ annual highest-paid leading man list, coming in at a very impressive No 8.

Read:
The Clooneys have donated Dhs3.6 million to fighting hate
Ricky Martin cut some shapes at this Syrian couple’s wedding

According to the publication, Khan made US$38 million (Dhs139 million) last year, thanks to films such as Raees, as well as his multiple endorsement deals.

(The actor – who owns a home on the Palm – even starred in an advert for the Dubai Corporation for Tourism and Commerce in 2016).

He wasn’t the only Bollywood star to make an appearance, however, with Salman Khan and Akshay Kumar ranking at numbers 9 and 10 respectively.

Your vibe attracts your tribe 😎 #ThursdayThoughts

Read:
A Dubai-based brand’s robe sold out after Beyoncé wore it
Our favourite throwback photos of HH Sheikh Mohammed

The top spot on the Forbes list went to Mark Wahlberg, who was named Hollywood’s highest-paid actor after making US$68 million (Dhs249 million) last year, while Dwayne Johnson, Vin Diesel, Adam Sandler and Jackie Chan rounded out the top five.