This amazing Muslim woman is on the cover of Time 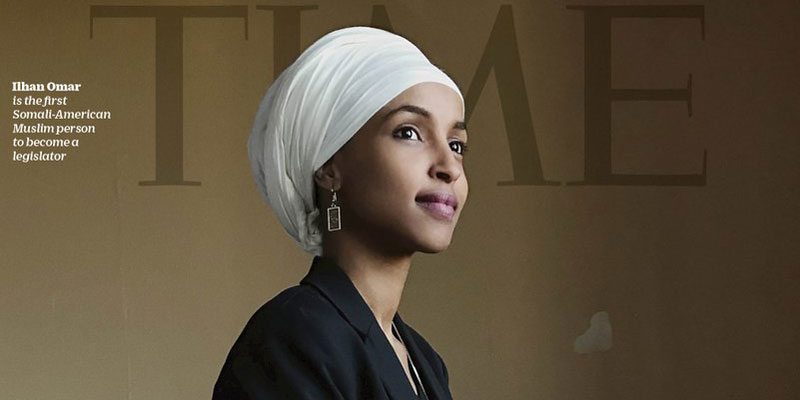 Ilhan Omar has been recognised alongside Serena Williams and Oprah a woman breaking barriers.

Here’s one to cut out and keep. Omar, who’s the first Somali-American Muslim to become a legislator in the United States, has graced the cover of Time magazine. The Minneapolis woman is among 12 of the 45 ‘firsts’ to have their own cover of the magazine, joining Ellen DeGeneres, Selena Gomez, and Ava Duvernay.

“Our goal with Firsts is for every woman and girl to find someone whose presence in the highest reaches of success says to her that it is safe to climb, come on up, the view is spectacular,” Time explained in its introduction to the series. “There she is up where the air is thin, where men still outnumber women, but where the altitude is awesome.”

READ: Why Princess Haya has us thinking about literacy
When Sheikh Mohammed met Princess Diana

In Omar’s essay which accompanies her feature, she describes moving to the US at the age of 12 after spending four years in a Kenyan refugee camp. Her mother died when she was young, but her male family members raised Omar as a strong woman.

“We didn’t really grow up in a gendered environment. We didn’t have a hierarchy. My family is fearless,” she writes. “They truly believe that they have something to contribute to society and that it is an obligation as humans.”

Omar also writes about the difficulty of going from a her native majority-Muslim country to one where her race and religion made her stand out.

“Being black in the U.S. means something. There’s a history. Being an immigrant, a refugee, Muslim – all of those things represent an otherness that is not typical or easily confined into the social fabric of this country,” she writes. However, Omar turned that struggle into a strength.

Ideally, of course, Omar wouldn’t have faced discrimination for her race, religion and gender in the first place. But given that she did, her grace and determination is pretty impressive. She was elected to the Minneapolis house of representatives last November.