She embarked on her first flight more than 10 years ago, but Shaesta Waiz’s latest turn in the cockpit is more important than most.

The 29-year-old, who was born in a refugee camp in Afghanistan, is hoping to inspire women around the world by becoming the youngest female pilot to complete a solo round-the-world flight.

And she’s making great progress since setting off from the US around six weeks ago. 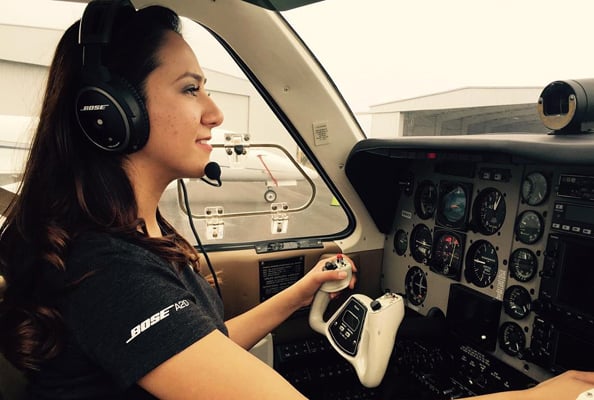 The keen aviator, who flew her first plane at the age of 18, is currently making her way through an 18-country itinerary that will take her an estimated three months to complete.

Waiz took off from Florida on back on May 13, with the aim of covering five continents and more than 25,000 kilometres between then and August.

Goodbye Columbus, Hello Montreal! Prior to departing CMH, Adrian Eichhorn and Adam Broom, who both flew around the world in their Bonanza, met up with Shaesta to send her off to our next destination, Montreal ! ✈️

Read:
Why This Emirati Teen Is Racing Ahead For Females Behind The Wheel
This Muslim-Hindu Couple Has A Real-Life Romeo & Juliet Story

She’s since touched down in Canada, Portugal, Spain Egypt, Bahrain and Greece, and landed in Dubai on July 6.

The pilot arrived at Dubai International Airport, and will spend several days in the city before heading on to Mumbai, India. 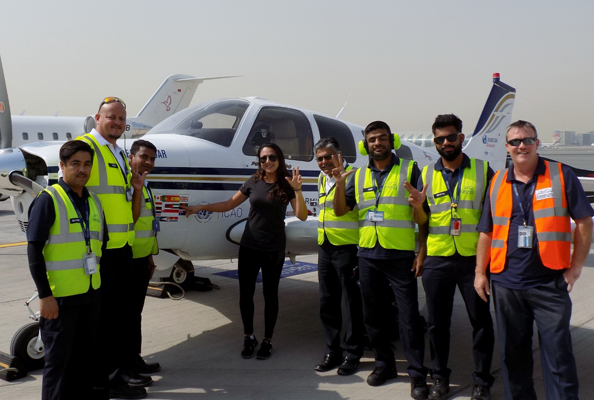 Waiz, who holds the title of youngest certified civilian female aviator from Afghanistan, emigrated to the US as a child, where she gained her licence to fly.

“I thought my role was to become a house wife and have kids. My mum had six girls,” she told CTV News.

However Waiz discovered a love for aviation during her teens, and now hopes her mission will inspire other young women to chase their dreams.

“What’s important is finding your passion and going after it.”

What are you doing for #stemsaturday? Here at @discoveryworldmke, @dreamssoar and @southwestair combined efforts to inspire 2,000 plus young girls from the Girl Scouts of South East Wisconsin….a day filled with #STEM activities to excite, motivate and empower! Stay tuned as we continue sharing updates throughout the day. #wesoar #STEM #milwaukee #womenfly #aviation

Read:
Why Kuwait’s Only Female MP Needs To Be On Your Radar
What You Need To Know About The Two New Islands Coming To Dubai

Waiz is taking her Beechcraft Bonanza A36 aircraft around the world, and has plotted 30 stopovers during her 90-day trip.

The engineering graduate is being sponsored by the International Civil Aviation Organisation on her mission, and has also set up a non-profit (called Dream Soar) that aims to inspire girls to “achieve more” in typically male-dominated industries such as aviation, science and technology.

“I often tell kids, sometimes your biggest fear in life can be your passion, but you will never know unless you go out there and face it,” she told CTV.

What a joy to share our passion for STEM & aviation with over 100 grade 5-6 children at the Willingdon School outreach event in Montreal, Canada with ICAO! We hope they were inspired to let their dreams soar!

“A lot of people in aviation have this moment when they discover it. It’s so magical. It’s amazing.”