This 6-year-old trainee pilot is our new hero 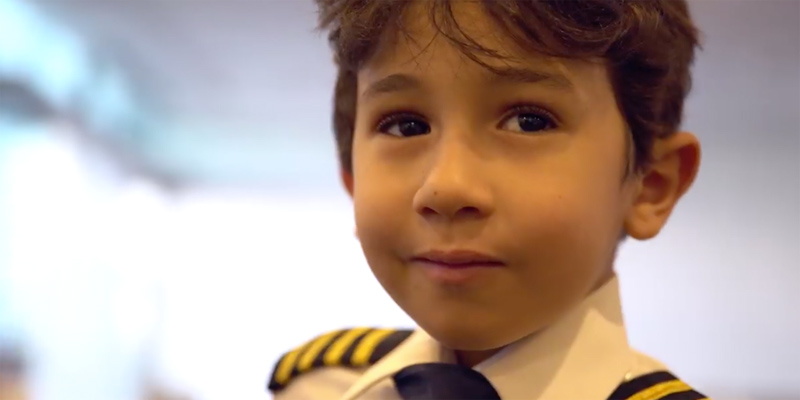 Did you have any idea what you wanted to do with your life when you were 6?

Neither did we (aside from vague aspirations of being a ballet dancer). It wasn’t particularly realistic. One Egyptian-Moroccan school kid has us well and truly beat in that regard – he’s already flown a plane.

Well, kind of. Etihad invited Adam Mohammed Amer to their Abu Dhabi training centre and gave him a go in one of their flight simulators. You won’t be surprised to hear that he smashed it.

READ:
Sheikh Hamdan is on the road again – here’s where he’s gone now
Dubai Police might soon be whizzing through the air on these…

In a video posted to the airline’s Facebook page, Adam is shown getting fitted for a tiny uniform and climbing aboard the cockpit used for training pilots.

The little dude knows what he’s doing, which won’t be surprising to anyone who saw this video from earlier in October.

Adam knows more about how planes work than most adults (especially those of us who are a little scared of flying and prefer not to think about the details). Wearing a very cool t shirt featuring a t rex, he explains the air liner’s emergency landing systems to the flight deck crew. We’re impressed.

Etihad clearly were too, as well as spotting a genius marketing opportunity. If Adam does decide to become a pilot, we can guess which airline he’ll be applying to first. Here’s his first time in the hot seat:

Adam knows his stuff – check out his command of the controls (with a little help) and knowledge of procedures.

“That’s your disconnect APU and this is one,” he says. “If we overshoot the runway, I’m going to have to shout ‘Go around!'”

“[Adam] would hold a paper or a kitchen mop and pretend it’s a plane flying. When he enters a toy shop, the first thing that gets his attention are airplanes,” he told the Khaleej Times.

“He has always had a thirst for knowledge and he questions everything. We knew if we wanted to develop his character, then we should give him the space to ask and learn.”

With that kind of enthusiasm, we think he’ll be in the pilot’s seat for real before too long.