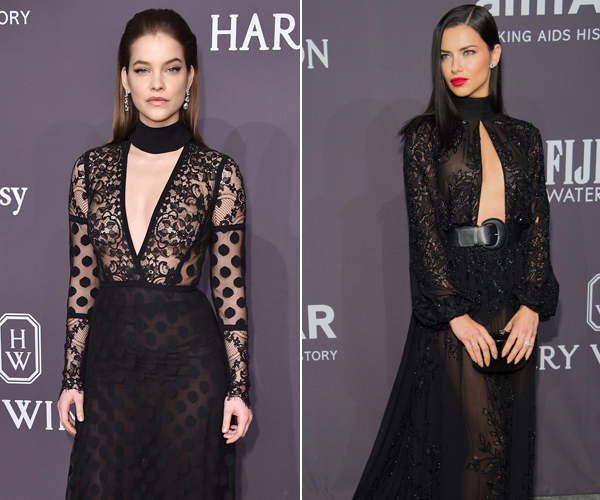 Lashings of Gothic lace were on the menu at the annual New York charity event.

A-listers can always rely on two certain Middle Eastern labels to dial up the glamour for a black-tie event – and Zuhair Murad and Elie Saab didn’t disappoint last night.

The Lebanese labels dressed a Victoria’s Secret model apiece in rather sultry LBDs (long black dresses in this case) for the annual amfAR Gala, which honours individuals who have helped raise awareness of HIV/AIDS. 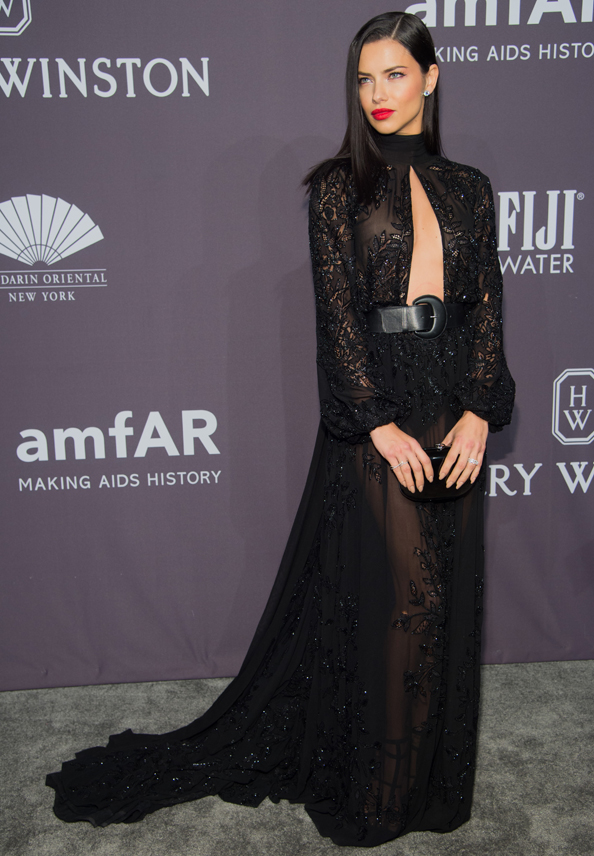 The event, which was held at Cipriani Wall Street on Wednesday, is viewed as the unofficial start of New York Fashion Week, and saw stars including Scarlett Johansson, Naomi Campbell and Diane Kruger in attendance.

The red (well, grey) carpet was awash with designers aplenty, but Adriana Lima and Barbara Palvin stole the limelight in their daringly sheer gowns.

Read:
Middle Eastern Designers Pull Out All The Stops At SAG Awards
A Dubai Designer Took Centre Stage At The Miss Universe Final 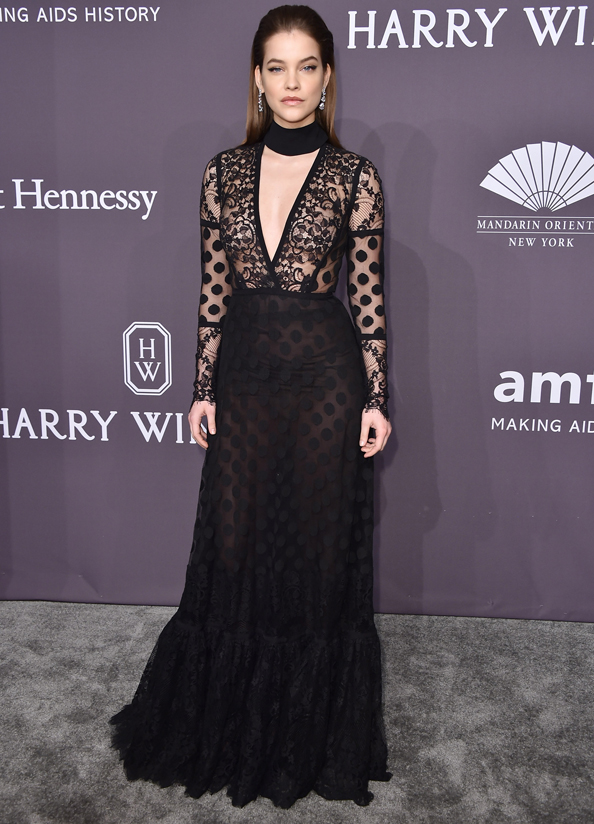 VS veteran Lima, wearing a lacy number by Zuhair Murad, sashayed in with a sweeping train, eye-catching keyhole cut, and creamy red lip, while Sports Illustrated cover-girl Palvin donned a polka-dot-embellished dress from Elie Saab with contrasting lace and a deep V-neck.

They weren’t the only stars to seek sartorial inspiration from the Middle East either – US singer and actress Madison Beer had a fairytale moment in a glittery gown by Beirut-founded Ashi Studio. 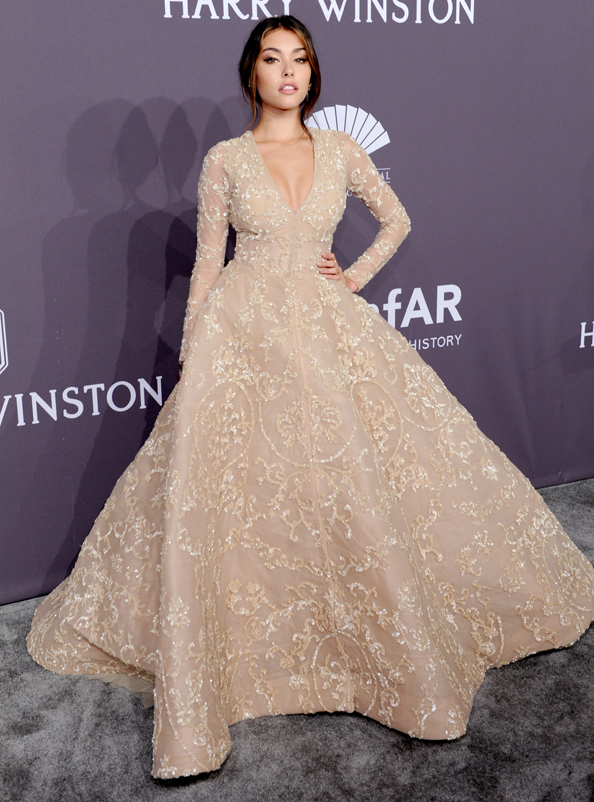 The amfAR Gala this year honoured actress Scarlett Johansson and designer Donatella Versace with awards, while the benefit was hosted by model Iman (after Girls star Lena Dunham was forced to cancel due to sickness).

The night also featured a performance by Ellie Goulding and a live auction.

So, what else did the stars wear? Here’s the best of the rest…

#congratulations to the one and only @donatella_versace on your @amfar award of COURAGE you so Deserve it !!! I love you sista @versace_official #family #unconditionallove #madeinitaly🇮🇹 ❤❤❤❤❤❤❤❤👊🏾

@dianekruger was chic in a look from the Versace Fall Winter 2016 runway at the amfAR Gala in New York. #VersaceCelebrities

Scarlett Joansson is gorgeous in a custom made Atelier Versace tuxedo at the amfAR Gala in New York City. #VersaceCelebrities