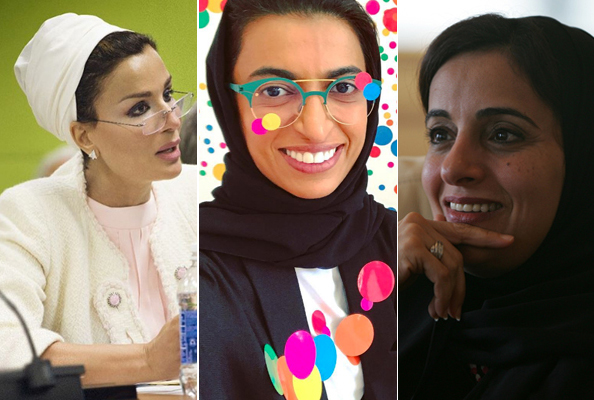 We feel that glass ceiling shattering…

The gender gap might take decades to close on a worldwide scale… but women in the region are definitely making huge strides this year.

Gulf Business has released its annual list of the 100 Most Powerful Arabs, and women make up an impressive 25 per cent of the rankings.

Women accounted for just seven entries in the 2016 list, so that’s an increase of 18 per cent this year.

The tally is made up of business leaders, educators, politicians, sportspeople, writers and more, with Saudi’s Prince Alwaleed Bin Talal Alsaud taking first place for yet another year.

But which women made the cut?

The first appearance in the list comes from the UAE’s HE Noura Al Kaabi, who came in 15th place. The twofour54 chairwoman, who was also named Minister of State for Federal National Council Affairs in 2016, has made huge leaps in growing the nation’s media industry.

Also in the top 20 are HE Sheikha Lubna Al Qasimi, the UAE’s Minister of State for Tolerance, and Lubna Olayan, the Kuwaiti deputy Chairperson and CEO of the Olayan Financing Company.

Sheikha Lubna was in fact the first woman to hold a ministerial post in the Emirates, and has long been an advocate for women’s empowerment.

Read:
What It Means To Be An Emirati Woman
Who Run The UAE? Women… Soon

Iraqi women’s rights activist and media personality Zainab Salbi came in at No 35 while HE Reem Al Hashemi, the Minister of State charged with organising the Dubai World Expo, took 38th place.

Here’s every woman that made the top 100, along with her ranking: