The council also launched a new initiative during the US conference…

The UAE Gender Balance Council has highlighted the nation’s work in closing the gender gap at a recent UN meeting.

HE Mona Al Marri, vice-president of the UAE Gender Balance Council, jetted in to New York to attend the Commission on the Status of Women last week.

The meeting brought together 45 delegations from across the world to talk about gender equality and the empowerment of women.

And the UAE’s work in that field proved a point of discussion, with several attendees praising the work of the Gender Balance Council and HH Sheikh Mohammed bin Rashid Al Maktoum, UAE Vice President, Prime Minister and Ruler of Dubai. 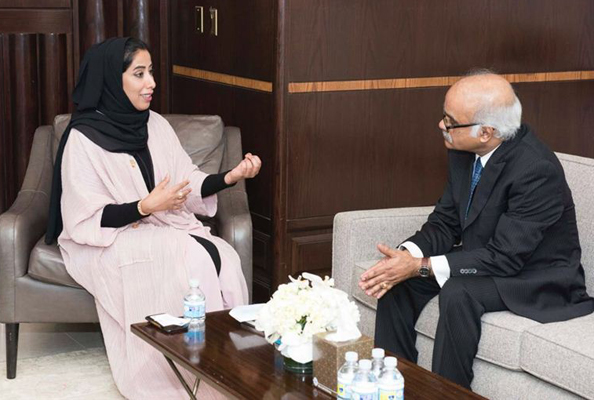 Read:
This Dubai Designer’s Wedding Dresses Are Seriously Out Of This World
Here’s Your Fool-Proof Guide To Fashion Forward Season 9

HE Al Marri met with Selim Jahan, director of UNDP’s Human Development Report Office, who offered his support to help the UAE become one of the world’s top 25 countries for gender equality.

Phumzile Mlambo-Ngcuka, United Nations Under-Secretary-General and Executive Director of UN Women, also praised the Emirates’ government for “creating an environment where women have the opportunity to prove themselves and their capabilities”, according to Dubai Media Office.

HE Al Marri herself highlighted the UAE’s focus on gender equality during a roundtable talk, where she revealed women make up 46.6 per cent of the UAE’s labour market. 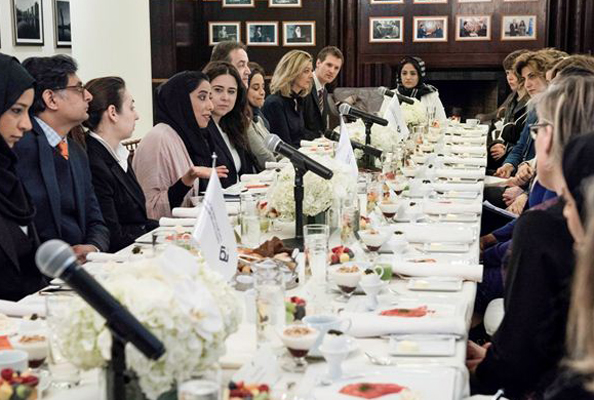 “Since the establishment of the Federation in 1971, thanks to the UAE Constitution, which guarantees equal rights for both women and men, women in the UAE enjoy the same access to education and right to practice professions,” she said.

“The UAE is also the first country in the Arab region to introduce a mandatory female presence in corporate boardrooms, with a target of 20 per cent by 2020 for listed companies, and Emirati female role models are present in many diverse STEM fields with great prospects of further female participation in this industry with 56 per cent of today’s STEM graduates being women.”

Read:
There’s A New Restaurant On Its Way That’s Inspired By Sheikh Mohammed
This Futuristic New Mall Should Open In Dubai In 2020

The programme will consist of a number of meetings which will brainstorm how to educe the gender gap in women’s economic contribution, with Al Marri hosting the inaugural discussion in the US.