Dubai's top restauranteur Joey Ghazal and the power of perseverance

“It’s easy to give up, it’s much harder to persevere,” restaurateur Joey Ghazal says. If there’s something the founder of The MAINE Group knows a lot about, it’s the power of perseverance.

If we’d have said to Joey Ghazal 20 years ago that he would be one of the most successful restaurateurs in the Middle East and founder of the ever-popular The MAINE Group, there’s a high chance he would not have believed us given that his chosen career path was “purely accidental”. After his father “forced” him to get a part-time job while he was at university, which happened to be working in a steakhouse in Montreal, the rest – as the age-old saying goes – is history.

While his choice of career path wasn’t a planned one, it’s safe to say it was the right choice for Ghazal who has become widely known across the region and beyond, particularly in Dubai. But in an incredibly competitive industry, the climb to the top hasn’t always been easy. A philosophy Ghazal lives by, he tells Emirates Woman, is you have one of two choices: “let hardships and failures define you and keep you down or let them embolden you to rise, aim higher and be better than before”. “It’s easy to give up, it’s much harder to persevere,” he says. “I always choose to move forward out of respect for all of the hard work that I and countless others have put into projects.” 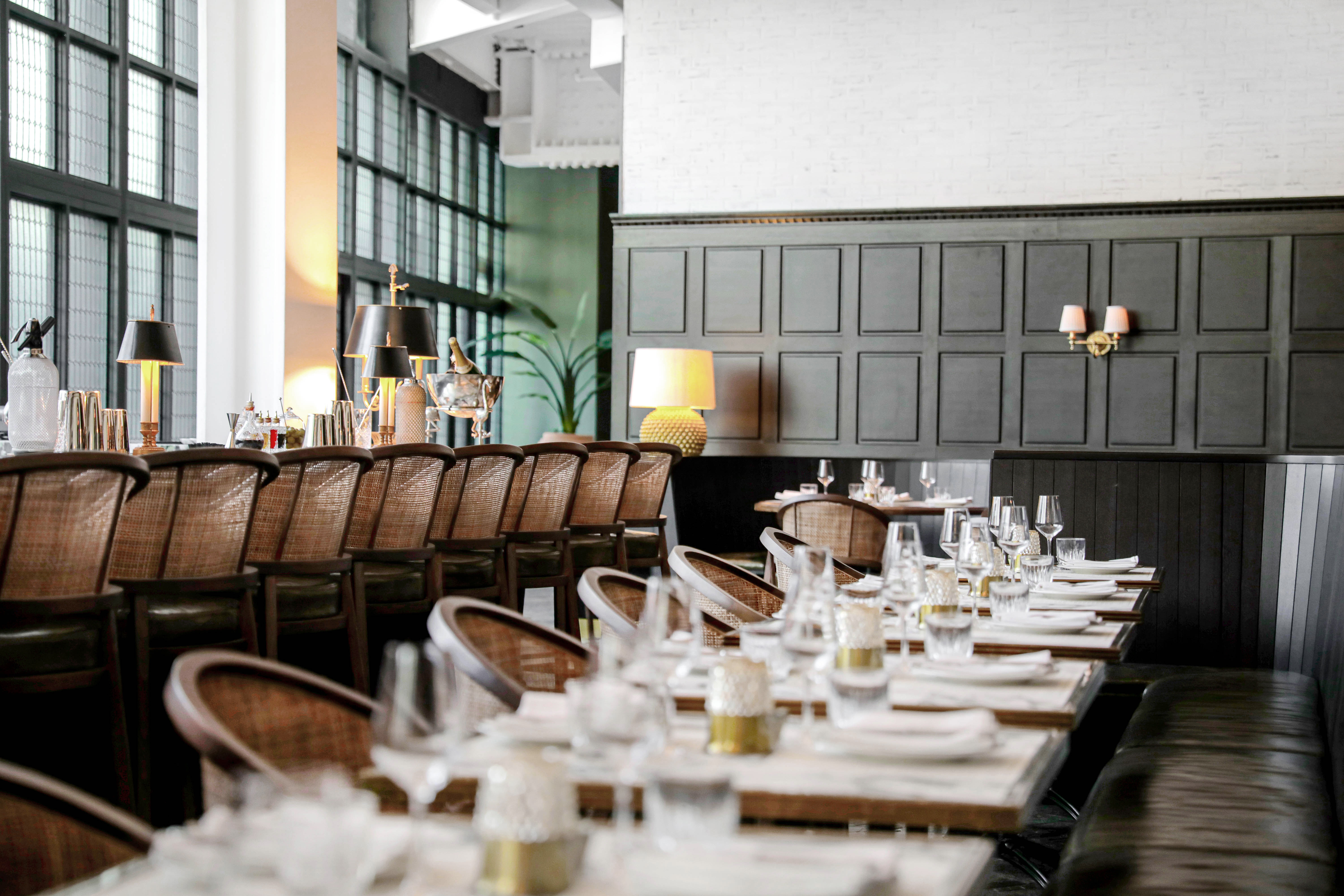 Ghazal has worked his way from the ground-up in the restaurant business. Beginning as a waiter in Montreal, he counts those five years as some of the “happiest and most fulfilling” of his life. However, just over 10 years ago Ghazal lost his father, which he describes as a “turning point” in his life. He left a well-paid job in Montreal, where he had spent many years, and moved to Lebanon where he opened five restaurants in two years. After spending close to three years in the country, Ghazal decided it was time to leave and relocate back to Dubai. “I just wanted to give Dubai a try before deciding to give up on the Middle East all together and move back to North America,” he explains.

It’s evident that “try” paid off, as just two years after returning to Dubai Ghazal opened his first restaurant in the emirate – The MAINE Oyster Bar & Grill. Discussing the opening of his premiering establishment in Dubai, Ghazal explains the whole process took one-and-a-half years, which officially opened its doors on November 23, 2015. “People don’t realise how long it can take to develop, construct and open a restaurant,” Ghazal reveals. “It can take years and can be a very agonising experience.” Five years on, The MAINE Group has two more establishments under its belt with The MAINE Street Eatery opening in Studio City last year and the stunning The MAINE Land Brasserie, which opened in June 2020 complete with cut glass chandeliers and a New York feel. A project that was two-and-a-half years in the making, launching a new restaurant in the middle of a pandemic is something Ghazal – nor anyone – foresaw.

“Opening a restaurant is challenging at the best of times. Opening during a pandemic was like doing it with one arm tied behind your back,” is how Ghazal describes the experience. It’s a hurdle like nothing he’s ever experienced in his two decades in the restaurant industry. “It’s no secret that there is a huge barrier to entry in Dubai, so there have been countless hurdles in opening the MAINE and scaling up the business to three outlets, but none quite as big as COVID-19,” Ghazal admits. “This pandemic truly is unimaginable and it very nearly broke us.”

However, in-keeping with his impressive mantra of letting challenges help him aim higher, Ghazal and his team has persevered and powered through this unbelievable obstacle. While June 2020 marked the opening of The MAINE Land Brasserie, it also marked the reopening of the two other locations, which had been shut down due to COVID-19. It’s a process that has left the MAINE Group founder in “awe” of his team. “Working all day in a mask and gloves in a high-pressure environment would drive anyone insane, but they have been so patient and understanding,” he says. “I’m just happy that we were able to get everyone back to work.” In fact, there are plans in place to expand The MAINE beyond Dubai. “We are quite advanced in our plans to open The MAINE in London, but obviously it all depends now on COVID-19,” Ghazal reveals. “We are actively considering the Far East and Saudi as well. We should have a clearer picture towards the end of the year, hopefully by then we will be able to look back at this year with humility for what it has taught us.” 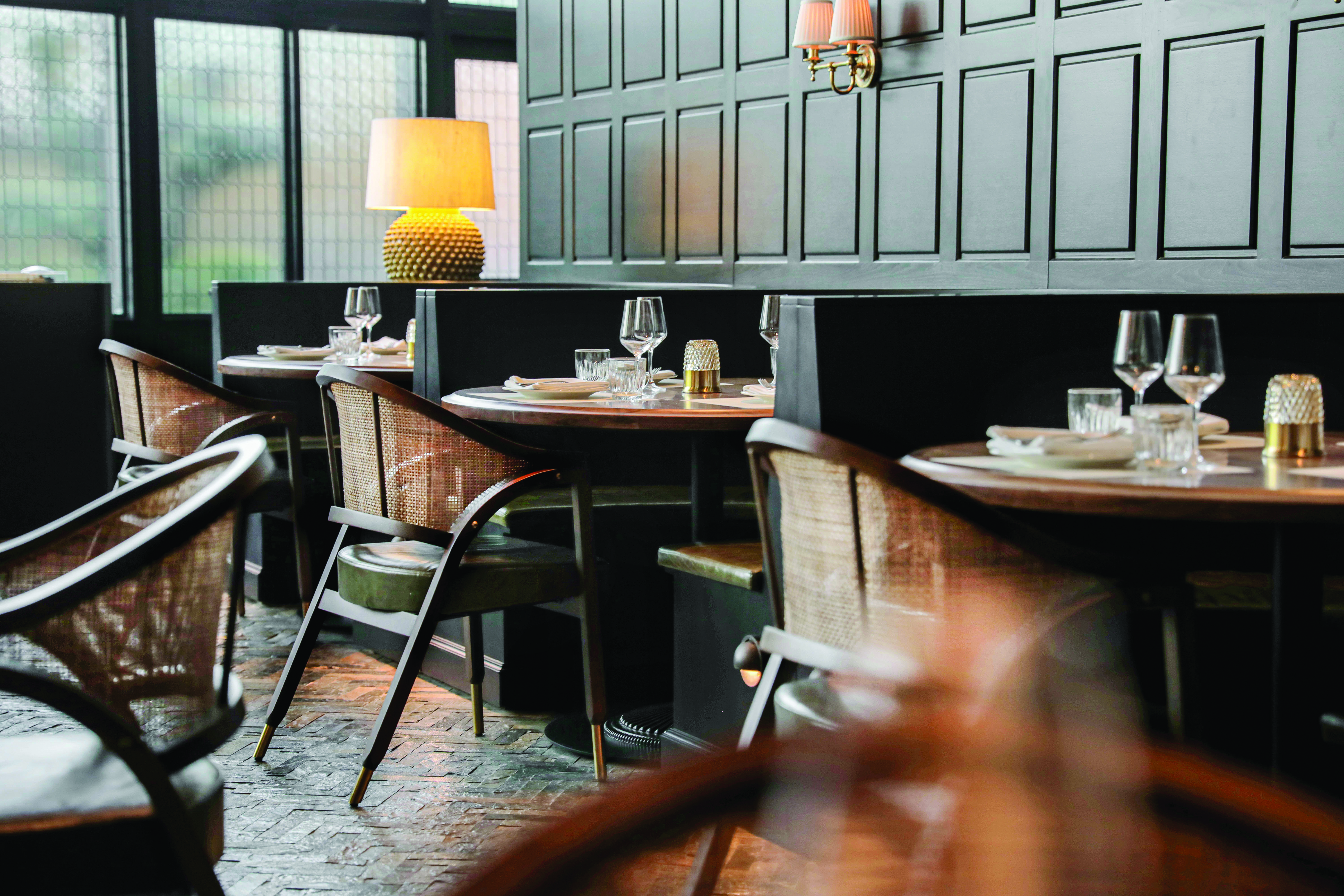 And for those looking to follow in Ghazal’s footsteps, he advises; have “a very clear intention and a clear point of differentiation”. “Surround yourself with and listen to professionals,” he adds. “Trust your instinct and don’t be swayed or allow anyone to dilute your vision. Be agile, practical and exacting in your decisions. Be steadfast, but also ready to change and start again if things don’t work out exactly as planned.” Sound advice coming from an incredibly driven gentleman, and something we can all live by.