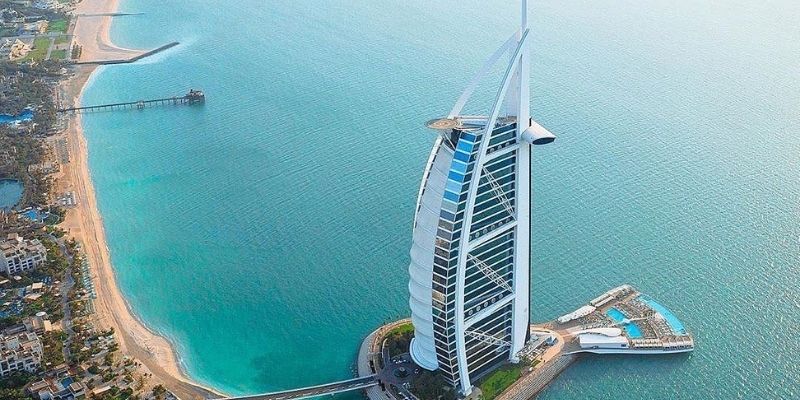 While being titled as one of the most luxurious capitals in the world, Dubai is a hub to millions of visitors every year, some of which include celebrities.

Emirates Woman has curated a list of A-list-approved hotels where popular faces from around the world have chosen to have a getaway.

This stunning entertainment resort is home to a unique set of suites, with luxurious dining facilities and thrilling attractions such as the waterpark, swimming with the dolphins and an entertainment arena for kids. This ocean-themed hotel has had many countless celebrities either visit or stay during their visit to Dubai. A-listers include the Kardashians who were in Dubai back in 2012. Khloe Kardashian even posted a picture of her underwater suite back in 2015 with other celebrities such as Robert De Niro, Lily Allen, Naomi Campbell, Michael Jordan and Lindsay Lohan.

Dubai’s most iconic hotel is the epitome of luxury with its exceptional hospitality offerings and opulent interiors. With this dramatic helipad situated on top of the hotel, pro golfer Tiger Woods has previously teed off from it, while star tennis player Roger Federer has played the game on a makeshift court. Grammy Award-winning singer Justin Bieber has also previously stayed in the 7-star hotel, sharing a video of his lavish suite. Claudia Schiffer and Andy Murray have also previously stayed in the hotel.

This hotel has popular guests visit it the past as they’ve come to explore the Caribbean Oasis – Miss Lily’s. From Rihanna to Bella Hadid, they’ve all paid at least one visit to this first international outpost located inside Dubai’s Sheraton Grand Hotel on Sheikh Zayed Road.

For more information or to make a reservation visit misslilys.com

Also read: 8 restaurants where you’re likely to bump into someone famous

While embodying the extravagance of the Ottoman Empire’s Tulip era, this five-star luxury hotel consists of 379 rooms with picturesque ocean views and stunning interiors that are fit for a royal. Singer Nichole Scherzinger has stayed at this property for her shoot of the UK TV show The X Factor and Greece star John Travolta – who flew himself to Dubai in a plane and was a guest at the launch of Breitling’s emergency watch – also stayed at the Jumeirah Zabeel Saray. In addition, Tom Cruise filmed important scenes at the Dubai resort for the fourth installment of Mission Impossible.

One & Only Royal Mirage

Famous YouTubers Zoe Sugg and Alfie Deyes have previously paid a visit the this beautifully laid out resort which works as a quiet getaway in the middle of the city. This Arabesque architecture showcases immaculate gardens, soothing fountains and luxurious domes, providing an escape from the bustling city life.