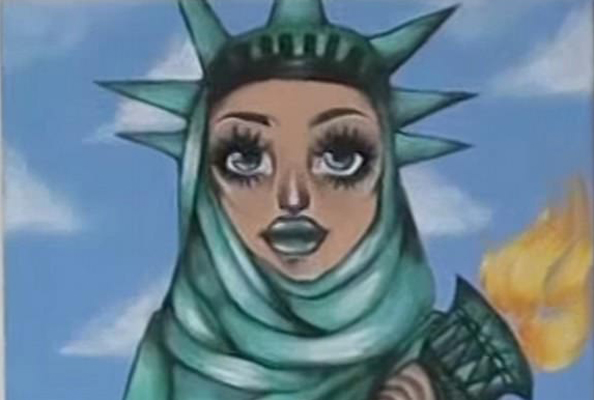 A congressman is standing by it despite a backlash, saying taking it down would “send the wrong message”.

It was made as part of an annual art competition, but this American schoolgirl’s painting has created front page news.

The portrait, depicting the Statue Of Liberty wearing a hijab, was submitted to the Congressional Art Competition, which invites high school students around the States to showcase their work.

The Muslim Lady Liberty painting won fourth place in the California district, and has been proudly displayed in Democratic congressman Lou Correa’s office since last month.

Read:
This Is Who You Have To Thank For The New Hijab Emoji
‘Be Proud Of Your Identity’: Meet The Hijabi Teen Changing The Face Of Ballet

However the politician has been forced to defend its place on his wall after activists called the piece – created by an unnamed student – “reprehensible”.

“Ultimately, to attribute a specific religion to the Statue of Liberty is inaccurate, unprofessional and offensive,” right-wing group We the People Rising told The Washington Post.

The group has been campaigning to have the painting removed, telling Correa in a letter it was “not appropriate” for a public office. 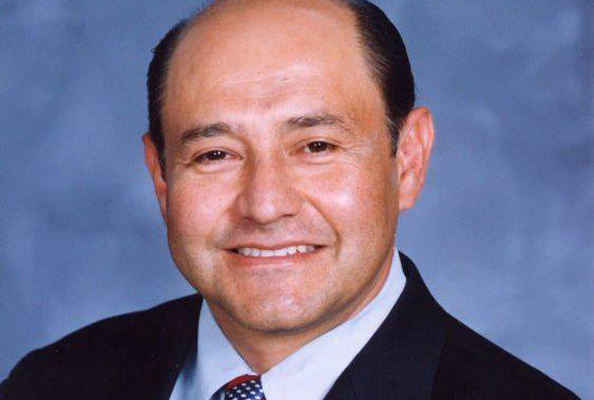 But the congressman has held fast, in a move seen as a beacon of hope to immigrants across the US.

“The Statue of Liberty stands for inclusion, acceptance, and freedom,” Correa said in a social media statement this week.

“The young woman who painted this is trying very hard to show people that she is an American. If I took down her painting, I’d be telling the world her experiences don’t matter and she did something wrong.

“This is her country too, and she earned that spot on my wall.”

His pro-tolerance and multiculturalism stance has drawn the Democrat both praise and ire, with Americans flooding his social media pages with their comments.

“Thank you for your stand on the Statue of Liberty painting. The USA needs many more like you,” one resident wrote this week, while another told the congressman: “You are a disgrace to this country.”

“Thank you, Mr Correa, for having the courage to display the award-winning painting of a young woman in a hijab holding a torch, just like the statue of Liberty,” another posted.

Read:
This Store Is Selling A Denim Hijab And We Are Officially Obsessed
This Hijabi Style Icon Is The Star Of Dolce & Gabbana’s New Campaign

“We the people thank you for showing the Americans come in all religions and colours.”

Correa has since contacted the House Office of General Counsel, who advised him there was no legal issue with the artwork remaining on his wall.

“I want our students to express themselves through art. To take it down would signal that this is not welcome and that would send the wrong message,” the politican told The Orange County Register.

“You take it in the context of a lady, probably a Muslim American — with all that’s going on, she’s a proud American. That’s what it says to me.”

Image: We The People Rising/Facebook