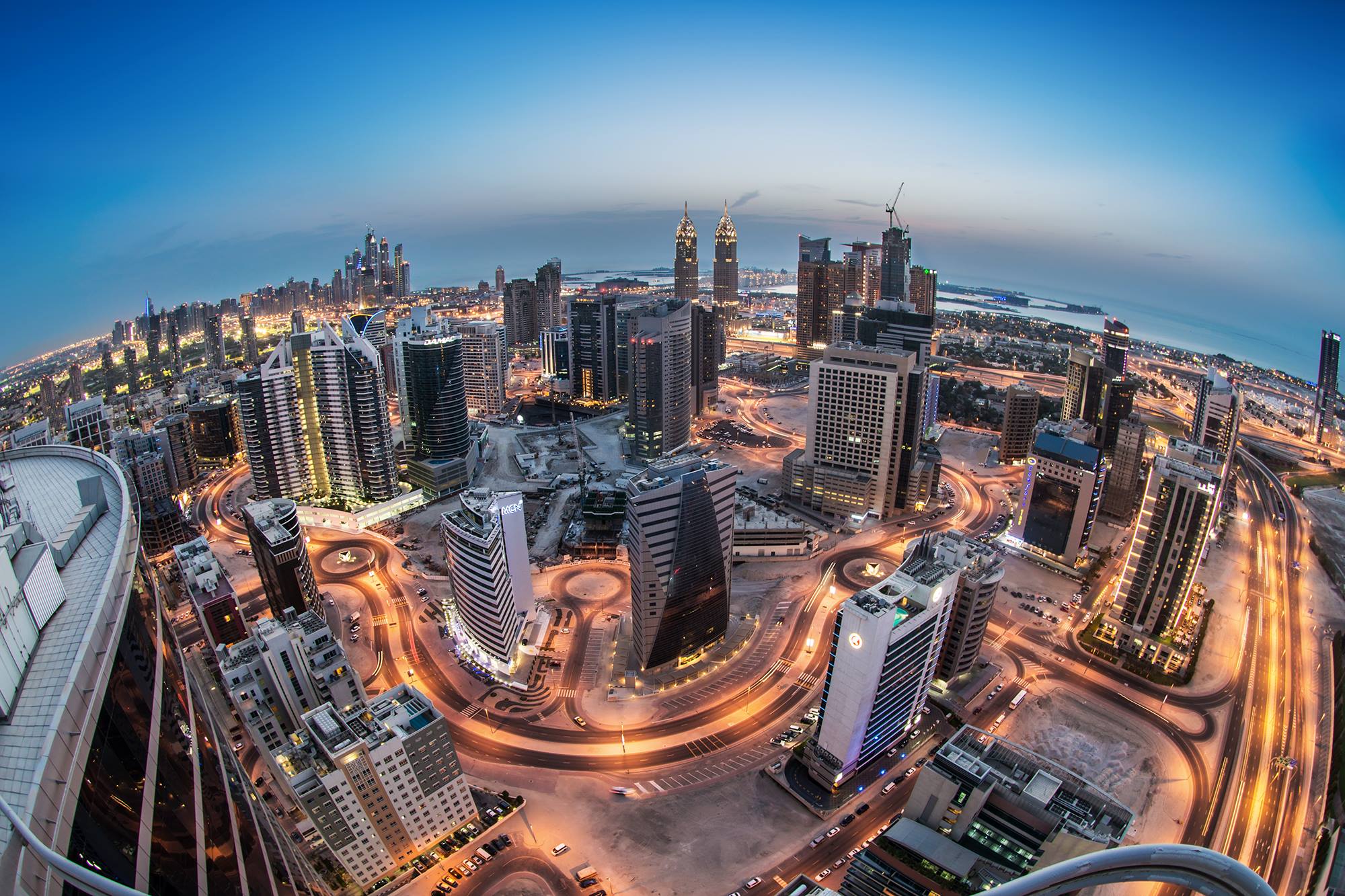 Thought you were a resident of Tecom? Sorry, you now live in Barsha Heights.

Tecom Group, the parent company of the Tecom area have stated that the area will no longer be called Tecom, and will receive a change in name to the much fancier sounding Barsha Heights.

But Tecom isn’t the only area to have received a new name, with the previously nameless community over the road from Tecom, housing Gems Wellington International School and Fraser Suites, having received the name Sufouh Gardens.

While Tecom Group are yet to release official information on the reasons behind the name change, Emirates Woman will be providing a stream of updates upon its release.

Here’s a map released by Tecom Group that better shows which areas have been affected.

Barsha Heights (Tecom) is the large area on the bottom, while the newly dubbed Sufouh Gardens is the area on top. 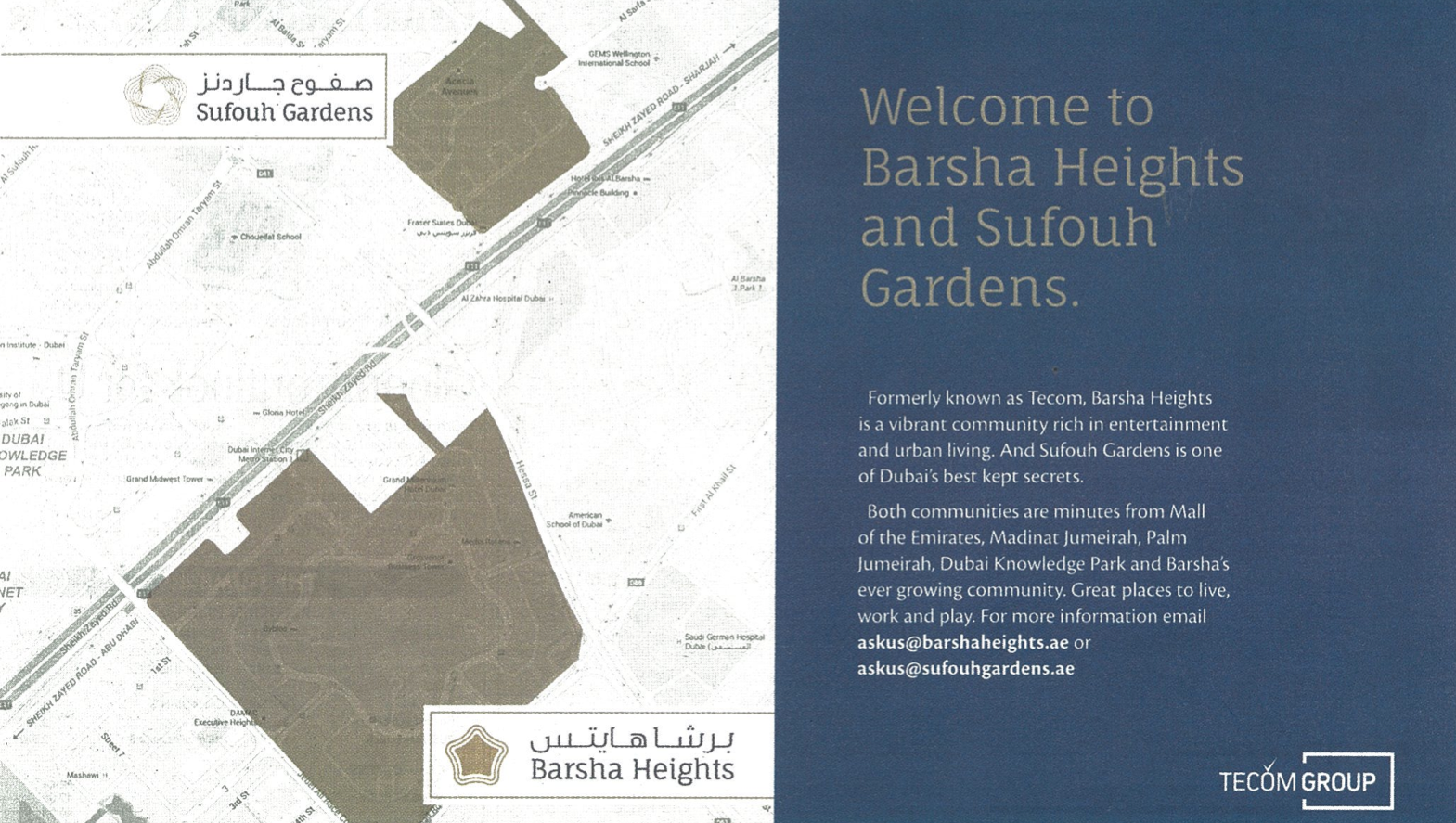 Read: 325-Metre Base Jumping Tower To Launch In Dubai

Naturally, the Twitterverse erupted when the news was broken, and bore a collection of mixed reactions.

Some were worried for the potential increase in rent prices with the new, somewhat fancier sounding name, while some people welcomed the change. 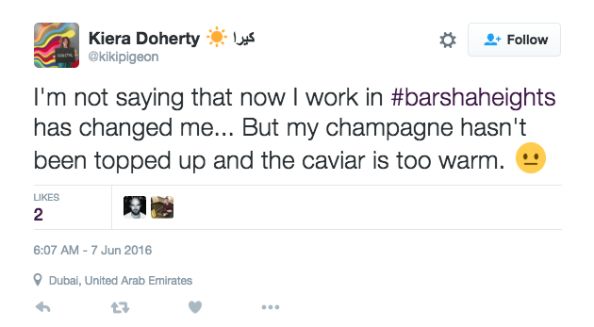 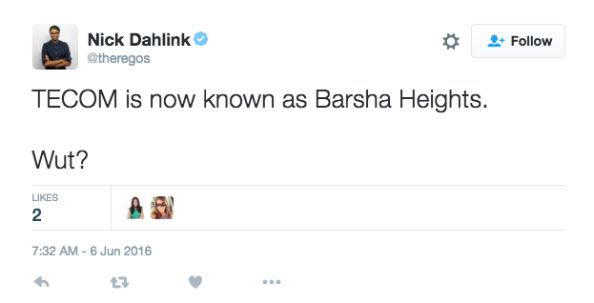 Read: In Pics – The New Malls Opening Up In The UAE 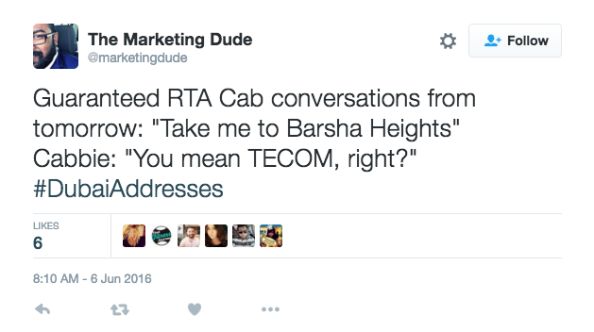 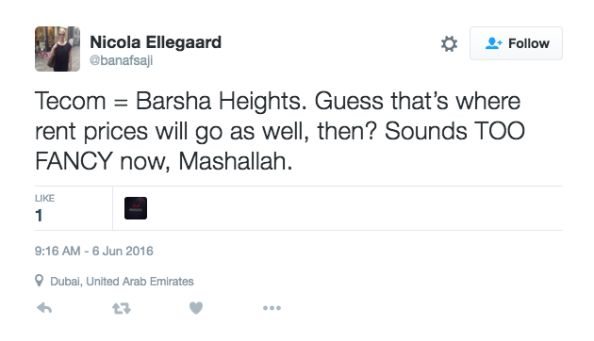 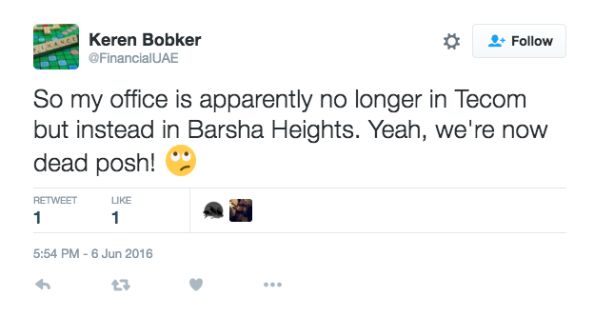 Tecom isn’t the only Dubai spot to have received an abrupt name change, with the most well-known of all being that of the 828-metre tall Burj Khalifa – which until its opening day on January 4 2010 was meant to be called the Burj Dubai (Tower Dubai).

Read: The Tower Dubai Will Be Taller Than The Burj Khalifa

The tower was renamed in honour of the ruler of Abu Dhabi and President of the UAE, Sheikh Khalifa bin Zayed Al Nahyan.

It seems however, Dubai is looking to reuse the original name of Burj Dubai, with the announcement of the Tower Dubai – a new one billion dollar project by Emaar set to be taller than the Burj Khalifa as part of the Dubai Creek Harbour project.