Why Taylor Swift Is The Most Powerful Woman In The World 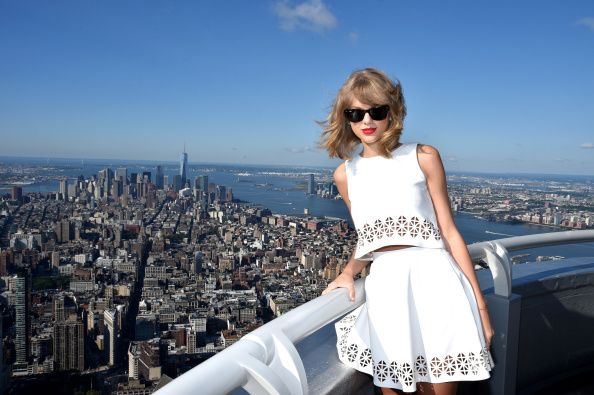 We called it last week – just saying! – when we revealed Taylor Swift to be our Woman of the Week. Now it seems Forbes agrees with the 25-year-old singer being the youngest person to make it on the brand’s World’s Most Powerful Women list. Proving there is a new (younger) era of female empowerment, Forbes’ annual World’s 100 Most Powerful Women list contained more female influencers under the age of 45 than ever before. There were 17 in total.

Ranking among politicians (German Chancellor Angela Merkel got the number one spot, in case you were wondering), technology experts and finance moguls, Taylor Swift came in at a respectable 64th place because she “has not only broken record sales and captivated the world with her fantastically honest lyrics, but she has proven herself as an impressive businesswoman.” Taylor Swift is active on social media, even sharing her birthday with her fans

The Bad Blood singer,  whose third album 1989 sold one million copies in its first week, is the fifth highest ranking celebrity on the power list – Beyonce, the only other singer among the top five celebrities, came in at number 21.

Age really is just a number when it comes to Taylor, who began her music career at the age of  14, becoming the youngest songwriter ever hired by the Sony/ATV Music publishing house. Her third single Our Song from her chart-topping, self-titled debut album, released in 2006, made her the youngest person to write and perform a number-one song on the Hot Country Songs chart. She has gone on to sell over 40 million albums and despite bailing from Spotify she is one of the top five music artists with the highest worldwide digital sales. Her accolades also include winning seven Grammys, 34 Billboard Music Awards and she is in the Songwriters Hall Of Fame. Not bad for someone who isn’t even 30!

If her talents weren’t admirable enough, Saint Taylor is also an avid philanthropist working with numerous charities that support education, help those affected by natural disasters and generally those in need. So active is she in the charity world that First Lady Michelle Obama  gave her The Big Help Award for her “dedication to helping others” and “inspiring others through action.”

Despite feeling a little depressed by her incredible achievements, we have to admit: Taylor, you are pretty awesome!