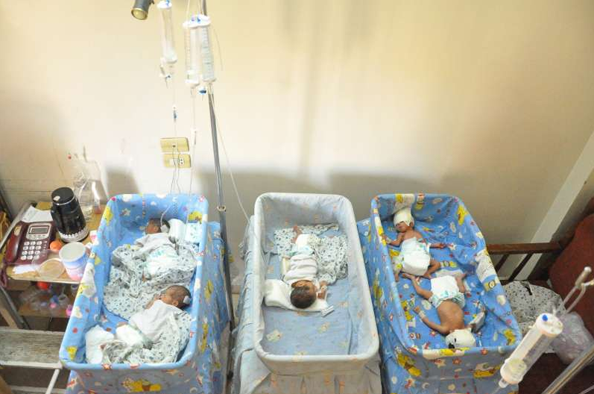 Against all odds, a Syrian woman has just welcomed five new babies into the world despite having to flee her home in Mosul, Iraq’s second largest city, when armed insurgents captured it in June.

The United Nations Refugee Agency (UNHCR) has reported that Tamam, a 27-year-old ethnic Yazidi, and her husband fled to the Syrian border on foot with seven other Yazidi families. They only had one bottle of water to share between them. She told UNCHR: “We had to walk for two days before we reached the [Syrian] border.”

The quintuplets were delivered by Cesarean section last Thursday in a private hospital in Qamishli, Syria. Tamam was only in her seven month of the pregnancy, but according to the doctor mother and babies are in good health.

The militant group ISIS, who is responsible for inhumane acts of violence in both Syria and Iraq, has been specifically targeting Yazidis who are one of Iraq’s oldest minority groups. Last week, according to Khalof Khodedean, an eyewitness survivor, they massacred almost an entire Yazidi village. They had demanded that everyone convert to Islam or be killed. Fearing for their lives everybody agreed except for the village leader who refused to renounce his faith. “[They] kidnapped about 400 to 600 people in our village and the majority of those people are women and children. They killed most of the men,” said Khodede.

While tens of thousands of Yazidis have tried to flee the violence in Northern Iraq, many are still in danger. Thousands of women have been kidnapped, and while their fate is unknown, many believe that ISIS plans to force them into marriage.

While it may seem that Tamam and her new family are the lucky ones to have escaped Iraq, they still face an uncertain future. Staying at her parents’ house near Qamishli, they have little financial prospects as her husband and siblings are unemployed. She said: “We will not be able to provide nappies and milk for five children because of our poor financial situation.”

The UAE is one of the frontrunners in providing aid to region and will be hosting a conference in October together with the UNHCR to specifically discuss ways of helping to protect displaced children from violence and exploitation.