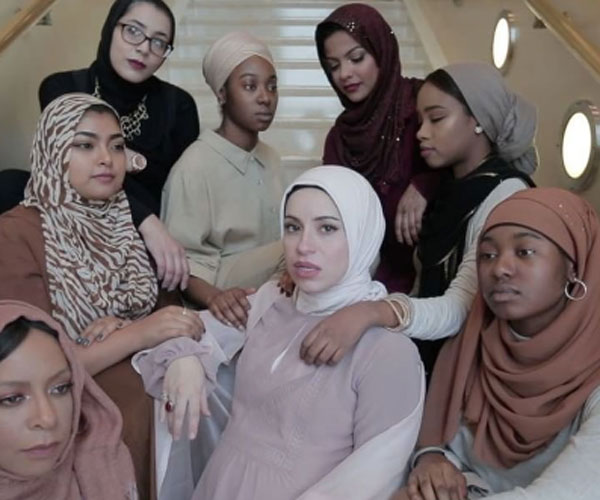 This hijabi rapper is living proof that you can’t cover up swag.

At a time when many consider the hijab a symbol of oppression, Syrian-American Muslim activist Mona Haydar has released a rap single celebrating covered women.

Hijabi, which was released to coincide with the first ever Muslim Women’s Day on March 27, touches on some of the overly personal questions hijabi women are often asked: “What that hair look like? Bet that hair look nice. Don’t that make you sweat? Don’t that feel too tight?”

Read:
This Image Of Adele With A Hijabi Fan Is Sweeping Across Social Media
Six Times That Hijabi Models Made Global Headlines

The three-minute song has had a huge response on social media, with fans using the hashtag #HijabiXMona to show their appreciation.

According to Haydar, the song is already receiving airplay all over the world.

Just got word that the #hijabiXmona is playing on the radio in Egypt, Palestine and got word from New Zealand that they want to play it!

Of course, not everyone is happy with Haydar’s attempt to “keep swaggin’ her hijabis”, with some describing the video as “haraam”.

But Haydar had the perfect comeback for them, too.

Here’s to all the haraam police! I love you! #lovealwaysmona ❤️#hijabiXmona

This isn’t the first time one of Haydar’s campaigns has attracted attention. The activist, who grew up in Michigan and is now based in New York, wound up in the spotlight when she and her husband Sebastian Robins – who converted to Islam – led a ‘Talk to a Muslim’ campaign, handing out free doughnuts and coffee in a bid to fight Islamophobia.

It looks like her latest effort is going to be stuck in our heads all week… and we’re not even mad about it. Wrap my hijab, wrap my hijab…