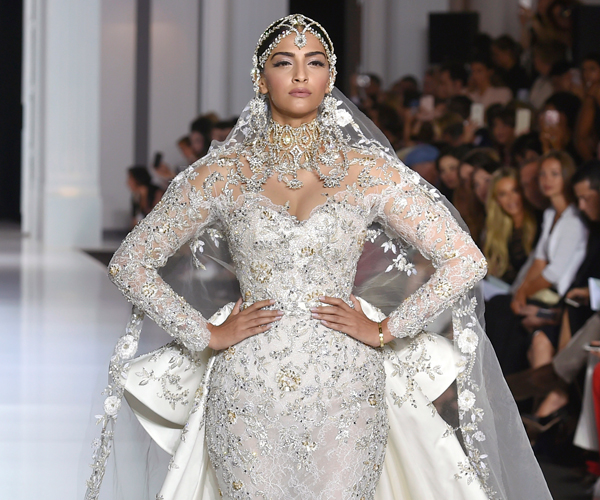 She dazzled at Cannes in a Lebanese-designed gown, and now Sonam Kapoor has pulled a just-as-showstopping look out of the bag just weeks later.

The ornate ensemble featured gold and silver embroidery, a sheer tulle veil and a dreamy weighty ruffled train, along with a jewelled headpiece.

Just look at how detailed the piece is: 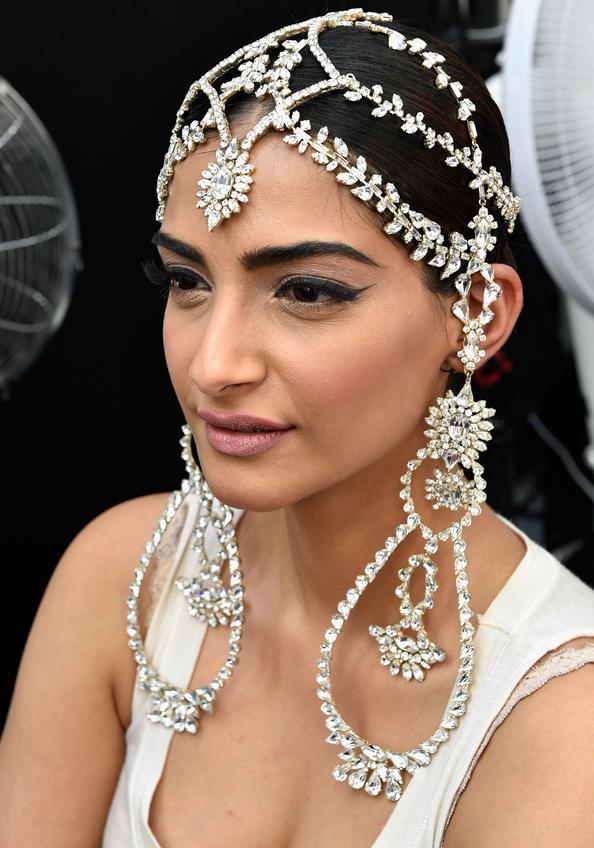 Kapoor joined fashion’s most famous models on the runway, including Arizona Muse, who she posed with backstage. 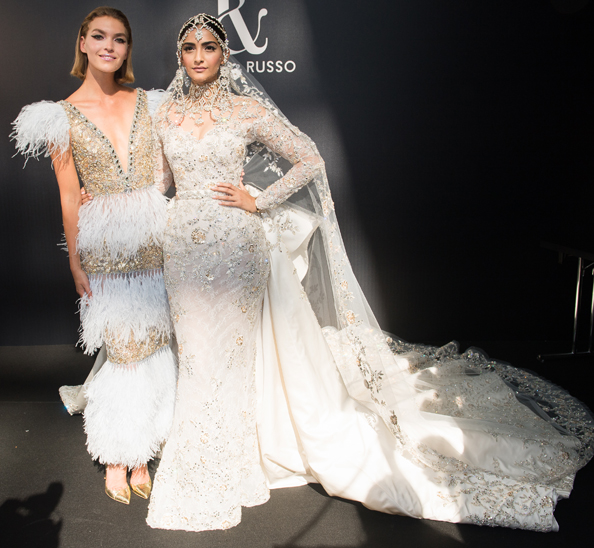 The star has previously worn the luxury label many times before, most recently at the 2017 Cannes Film Festival where she stunned in this bucolic cape and structured strapless gown.

We’er also going green-eyed over this peplum and sequin-scattered number:

Kapoor is actually a long-time friend of Ralph & Russo founders Tamara Ralph and Michael Russo, and has holidayed with them in the past.

“Tamara is a very dear friend of mine. And I always like wearing new designers and I am one of the few artistes in India to explore international brands — be it Zimmerman, Dice Kayek, Proenza Schouler, Rosie Assoulin or Toni Maticevski,” the actress told After Hrs, DNA India reports.

Read:
Our Favourite A-List Gowns By Arab Designers From 2017 So Far…
This Dubai-Based TV Host Shares The Secrets Behind Her Three Bridal Beauty Looks

“Having worn Ralph and Russo for so long, I have a developed great relationship with them.”

Kapoor sat front-row at their couture show last year, upgrading to the catwalk itself for 2017.