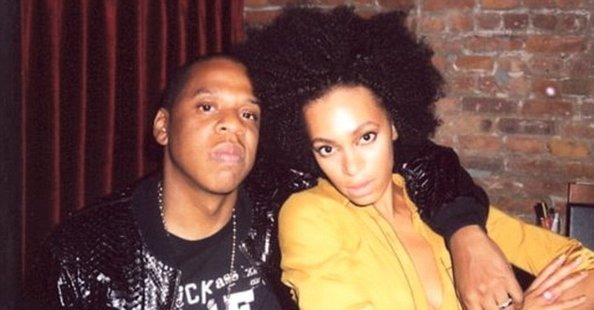 It seems there may be trouble in the Carter-Knowles clan as new video footage from celebrity news agency TMZ shows Solange Knowles manically attacking her sister Beyonce‘s husband, Jay-Z, in a lift. The footage shows Solange and Jay-Z entering a lift ahead of Beyonce and their entourage. Solange’s body language looks tense before she starts squaring up to the rapper. While no exchanges can be heard it’s clear that the Losing You singer is not happy before she eventually lashes out, hitting the father of one. Jay-Z seems startled, yet doesn’t react. When Solange goes to lash out again man, who is thought to be a bodyguard, steps in.

Beyonce appears to steer clear of the chaos, only stepping in between her sister and husband once – when Jay-Z grabs Solange’s leg in self-defense after she starts kicking him. A bodyguard is caught on the footage pressing the alarm button in the lift, perhaps in an attempt to stop the lift momentarily so that the fight doesn’t split outside in front of the waiting paparazzi.

When the stars finally leave the lift Solange looks solemn while the Single Ladies singer appears surprisingly serene – so very showbiz of her. Jay-Z, however, still looks in shock and can be seen clutching his face.

With Solange and the music mogul renowned for their tight relationship, with many sources claiming he is like a big brother to the 27-year-old, the fight comes as a huge shock. Solange’s relationship with her sister is equally as strong with Beyonce only just recently making a surprise visit to Coachella this year to offer her sibling some support.