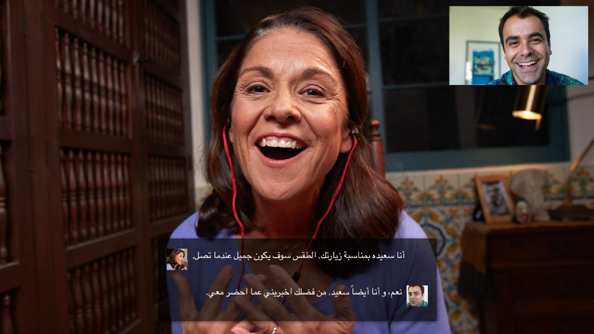 Skype is one of the of the most popular ways to communicate in the UAE, whether it’s expats calling to see their loved ones back home or businesses using it to talk ‘face-to-face’ with partners, and now the experience just got easier thanks to an innovative translator service.

Approximately six months ago, Microsoft’s Skype launched a real-time translation feature that automatically translates your speech into text and computer-generated speech. So, if you were conversing with someone who spoke English, French, German, Italian, Mandarin, Brazilian Portuguese, or Spanish, the language could be translated for you. Genius, right? 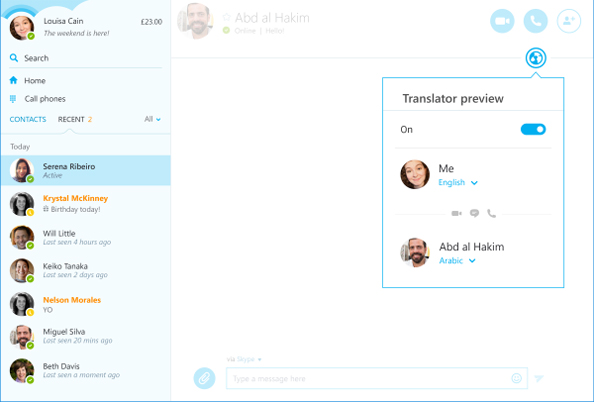 While this is fantastic news for business relations within the UAE, and the Middle East, the addition of Arabic language was actually to help the current refugee crisis with Microsoft trying to get Skype to be part “of society’s fabric” by responding to what’s happening in the world today.

As well as helping refugees, Microsoft also hopes the translator will help second-generation children talk to their extended families and will also support educational institutions.

Related Story: Dubai Voted One Of The World’s Most Innovative Cities

A Skype team member wrote in a blog post: “Unlike dialects which may vary greatly from country to country, MSA is used throughout the Arab-speaking world in written and formal communications. This version of Arabic is taught in schools and used by journalists, for example.”

Discussing the need to add Arabic to the list, the blog stated: “Arabic is the official language of 22 countries. It’s the native language of more than 200 million people residing in a geographical region stretching from Southwest Asia to Northwest Africa.”

While initial tests have revealed that the translation is not 100 per cent, Skype corporate vice president Gurdeep Pall believes it’s still a significant start.

The Skype Translator for Arabic is now available. You can find the Arabic language setting in the Skype for Windows desktop application under the globe icon. There is a dropdown menu where you can turn on Skype Translator, and pick your messaging and spoken language preferences.