Yes, Six Weeks Of Sales Are About To Kick Off In Dubai… 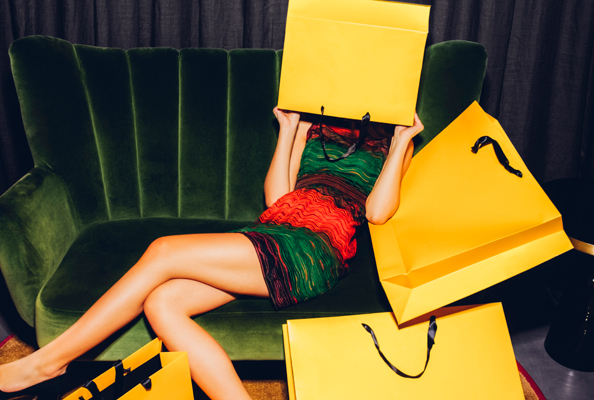 If you’re looking to splash out on a new wardrobe, you might want to wait until July 1.

Didn’t quite manage to get your shopping fix during last month’s super sale?

Well, we’ve got good news for you (and possibly bad news for your credit card): There’s a whole six weeks of sales coming up in Dubai this summer.

Dubai Summer Surprises will kick off on July 1, and will see discounts of up to 75 per cent across thousands of stores from then until August 12, it has been announced.

Read:
The Rise Of Female-Only Fitness In The UAE And Beyond
Getting Through Dubai Airport Just Got A Whole Lot Easier

The annual shopping festival, which runs for 43 tantalising days, will treat shoppers to weekly deals on exclusive products, as well as special sales on high-value items, including fashion, technology, jewellery and homeware.

Ooh, and as if you needed another excuse to hit the malls over the warmer months, the event is also promising plenty of entertainment and activities across the city’s shopping centres, as well as the chance to take home prizes.

This year includes the introduction of something called the DSS City Pass, a discount card that offers 50 per cent off at 28 attractions around Dubai.

Activities included range from theme parks to city tours and desert safaris, with passes starting from Dhs449 for a three-attraction package.

So, what else do you get across the six weeks? Well, there’ll be between 30 and 75 per cent off at selected stores throughout the whole period, with every Friday offering a special shopping deal “on an exclusive retail product”. The catch? The details are only revealed 24 hours before each so you have to keep your eyes peeled.

Read:
Is This The Most ‘Dubai’ Gym In The City? Quite Possibly…
This Crystal Heiress’ Dubai-Made Wedding Dress Cost A Whopping Dhs3.6 Million

There’ll also be a Grand Finale Sale on the last three days of DSS with last-minute price slashing.

You can also attend three free concerts over the summer, including a performance by Walid Al Shami at Dubai Festival City mall on July 1, a show by Fouad Abdulwahed and Dalia Mubarak at City Centre Mirdif on July 21, and a third by Balqees at Mall of the Emirates on August 4.

We’ll let you know as soon as we know exactly what brands and stores are involved in the DSS deals – but until then, start penning those wishlists…