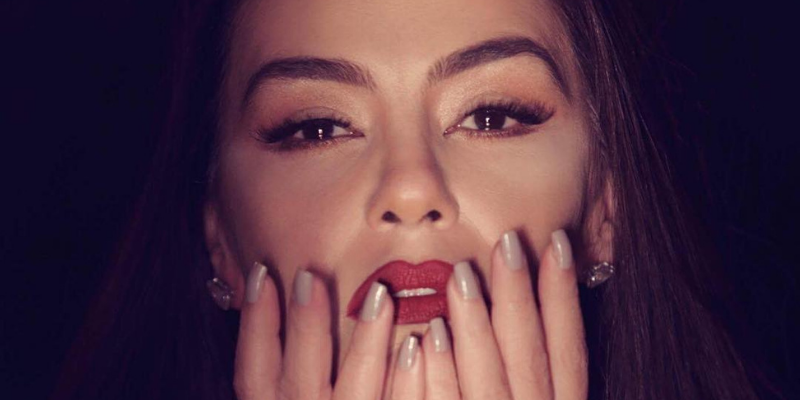 Sherihan is one of the most well-known icons in the Arab region and recently returned to the spotlight after a 20-year hiatus.

However, throughout the years she has faced many challenges behind-the-scenes.

After suffering a horrific spinal cord injury in 1991, which was followed by a diagnosis of a rare form of cancer a decade later, the Egyptian actress was forced to retire from acting in 2002.

During her time away from the spotlight, Sherihan went on to have two daughters with her husband, Ala Al Khawaja. However, it was a difficult journey for the couple.

The star recently marked her youngest daughter Taliya’s birthday, where she opened up about her desire to have a second child, to give her eldest daughter, Loulwa, a younger sister, but was faced with difficulties at the time.

In the caption of the post, she shared intimate details from her struggle to get pregnant for the second time, with doctors advising the actress against a second pregnancy.

After going on a Hajj Pilgrimage in 2008, the actress prayed to have another child and soon after became pregnant, something the doctors labelled “impossible”, but Sherihan went on to welcome a healthy baby girl, Taliya.

“Like mother, like daughter, the older you grow, the more and more I see myself in you, my beautiful daughter,” she also said in the caption of her post. “Ever since the day you were born, you have been warming my heart and filling it with love and joy year after year. You are the sweetest, kindest and most caring young person and I am so very proud of you.”

Excitingly, Sherihan recently made a return to the spotlight. The actress made a triumphant television return to the world of acting as she shines as Coco Chanel in a new TV musical, which is available to stream on MBC Shahid under the paid-for tier Shahid VIP, with a refined approach to art and music.