Sheikha Lubna: ‘Equality Is An Integral Part Of The UAE’s Agenda’ 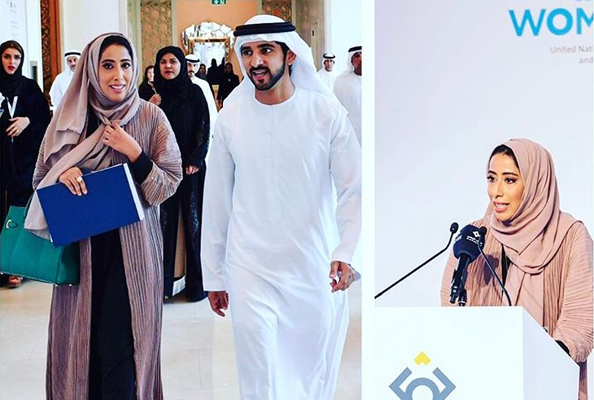 Sheikh Hamdan also assured women in the UAE that they have full government support at a recent UN panel.

Supporting refugees and helping women reach high-ranking positions were among the topics on the table at a recent United Nations forum.

The High-Level Panel on Women’s Economic Empowerment was held in Dubai this week, and was hosted by the UAE Gender Balance Council.

The royal addressed attendees, telling the panel that the UAE’s leadership ensures to “provide women [with] the right ingredients of success to positively serve the society, hence, open the door for women to reach highest positions”, according to Dubai Media Office. 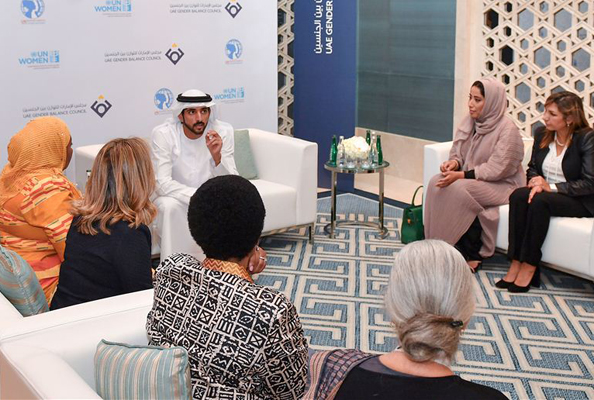 “We are keen on building bridges with all parties that work on providing a decent life for women regionally and globally, which is part of the UAE’s government agenda,” Sheikh Hamdan said.

Al Marri revealed that the UAE is currently home to about 23,000 businesswomen running investments worth Dhs50 billion.

Sheikh Lubna Al Qasimi, Minister of State for Tolerance, also addressed the panel, stating that the UAE hopes to lead the way when it comes to gender equality.

“We aim to place the UAE as one of the countries at the forefront of women’s empowerment. Providing equality in education opportunities is a key in achieving women’s economic empowerment,” she said, Gulf News reports. “Equality is an integral part of the national agenda.”

Sheikh Lubna also revealed the country’s dedication to helping women around the world affected by wars with aid and educational initiatives.

“The UAE aims to provide support to female refugees who were exposed to violence and work on giving them their rights and stopping sexual violence against them,” she said.

“Increased number of women in workplaces means an increases in any country’s GDP. The UAE has already empowered women; it is time we empower the society.”

Topics raised at the event will now form the basis of a report due to be released in March.

Where does the UAE currently stand on gender equality? In this 2016 Global Gender Gap Report, the UAE came 83 out of 144 countries with regards to the political empowerment of women.

When it came to economic participation and opportunities, the Emirates came in 130th place.

(It’s not all bad though – while no Middle Eastern county has fully closed its gender gap in education and health, the UAE came “close” in the latter, the report stated. It also drew attention to how we’ve seen improvement on women parliamentarians).

Read:
Hurrah, The UAE Government Just Extended Its Paid Maternity Leave
It Could Take 170 Years For The Global Gender Pay Gap To Close

So what is being done about it?

Well, luckily the Dubai Women Establishment’s five-year development strategy for 2017-2021 has a focus on getting more females noticed in the workforce.

Vice-President of the UAE Gender Balance Council, Her Excellency Mona Al Marri, has previously said that “the country’s government believes in the power of women and the role that they can play in society”.