Sheikh Mohammed takes his daughter back to his birthplace 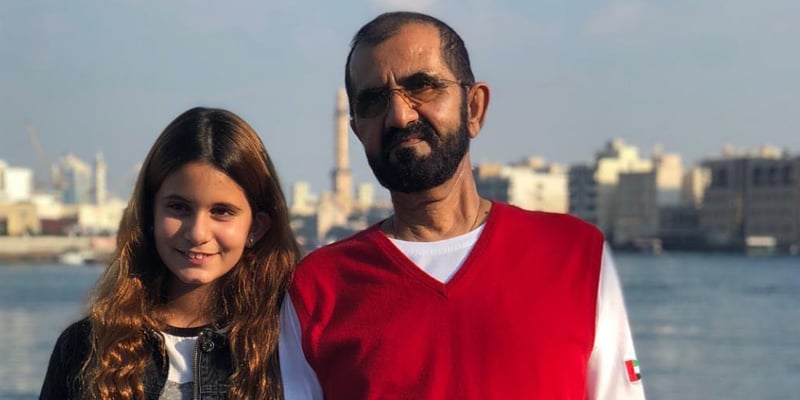 The ruler of Dubai and Sheikha Al Jalila visited Shindagha, where the royal was born in 1949.

It’s been 68 years since he was born in the neighbourhood of Al Shindagha—and now HH Sheikh Mohammed bin Rashid Al Maktoum has brought his next generation back to his place of birth.

The ruler of Dubai and Vice President and Prime Minister of the UAE visited the historic part of Dubai, located on the shores of the Creek, with 10-year-old Sheikha Al Jalila.

A snapshot of the family outing was shared on Instagram by HRH Princess Haya Bint Al Hussein, who captioned the image: “A visit to Shindagha.”

The neighbourhood was the home of Dubai’s ruling family in the early 20th century, and where Sheikh Mohammed was born on 15 July, 1949.

Sheikh Mohammed’s grandfather, HH Sheikh Saeed Al Maktoum (who ruled Dubai from 1912 until 1958) lived in Al Shindagha, with his former home now a museum that’s open to the public.

This wasn’t Sheikh Mohammed’s only big outing in recent days, with the royal also captured strolling around City Walk over the weekend.

The ruler was spotted wandering around the Meraas shopping destination at evening-time, with City Walk later revealing it was “honoured” to welcome him.

Sheikh Mohammed is a regular visitor to the area, it seems, after checking out City Walk’s Azerbaijani eatery, Baku Cafe, with Princess Haya back in October.

Where will the ruler pop up next? We’re keeping our eyes peeled…