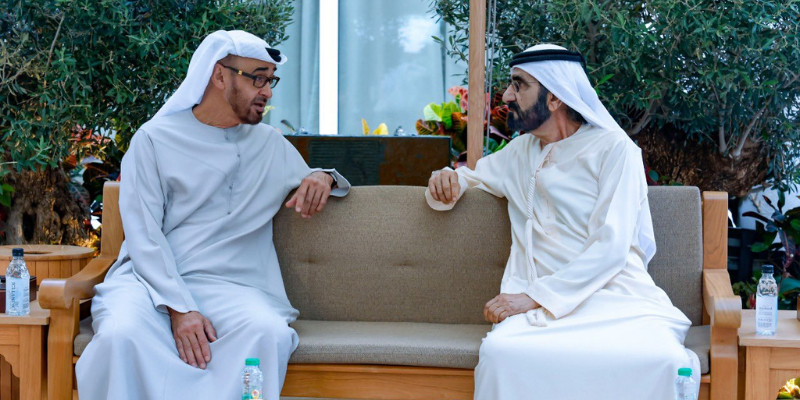 If there’s one thing the UAE’s leaders are profoundly known for, it’s looking to the future.

As the nation recently celebrated its Golden Jubilee, leaders are now looking to the next 50.

Their Highnesses Sheikh Mohammed bin Rashid Al Maktoum, the Vice President and Prime Minister of the UAE and Ruler of Dubai and Sheikh Mohamed bin Zayed Al Nahyan, the Crown Prince of Abu Dhabi and Deputy Supreme Commander of the UAE Armed Forces, met at Al Marmoom in Dubai, along with other UAE leaders.

Per WAM, there was much to be discussed between leaders following the success of Expo 2020 Dubai, the 50th year celebrations and the success of UAE’s handling of the COVID-19 pandemic. The Dubai Ruler and the Abu Dhabi Crown Prince also looked to the future as they talked about what the next 50 years of strategic development and mega projects in the UAE.

Sheikh Mohammed shared a series of photos on his official Twitter account of the meeting with his “brother”, Sheikh Mohamed bin Zayed.

“We discussed a number of current issues and we talked about a group of upcoming projects of the homeland,” he said. “Our country is developing rapidly and its future is good, noble and honourable.”