Sheikh Mohammed rings in Flag Day with his youngest daughter

UP Next
X
Need to elevate your winter wardrobe? We've found the season's...
Emma Day
November 2 2017

We’re calling it—these are our favourite pictures of the week.

It’s a day to honour the country’s past, present and future.

So it was touchingly fitting that HH Sheikh Mohammed bin Rashid Al Maktoum brought along his youngest daughter, a representation of tomorrow’s generation, to Flag Day celebrations in Dubai.

Read:
Female police officers in the UAE will get three months of maternity leave
Meet the nine female ministers in the UAE’s current cabinet 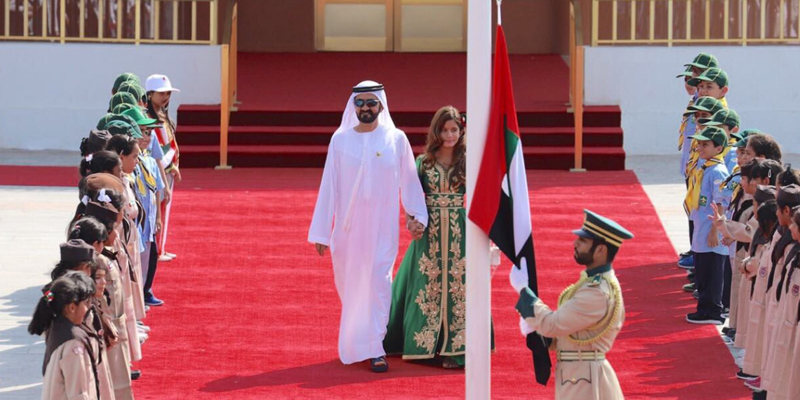 The Vice President and Prime Minister of the UAE and Ruler of Dubai accompanied 9-year-old Al Jalila to a flag-raising ceremony at Union House on Thursday.

The father and daughter were joined by schoolchildren from the city, who provided a rousing display of flag-waving. 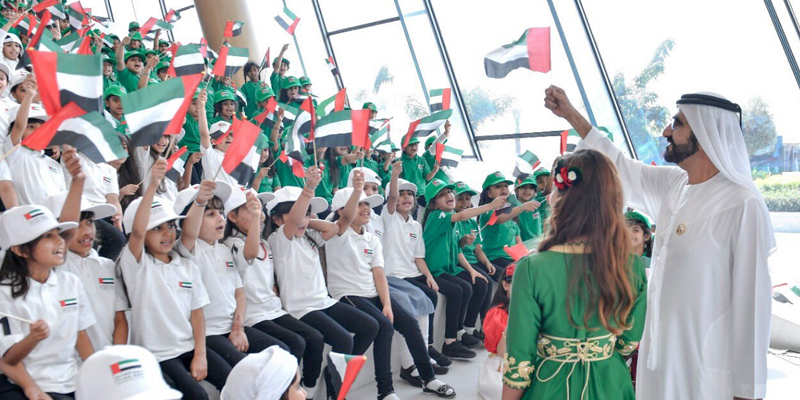 UAE Flag Day was an occasion started by HH Sheikh Mohammed in 2013, and is typically celebrated on November 3, the anniversary of HH Sheikh Khalifa bin Zayed Al Nahyan becoming the president of the UAE in 2004.

However this year it was brought forward a day, with all government departments asked to raise the UAE flag at 11am.

Sheikh Mohammed paid tribute to the day on social media, remarking that “the UAE flag is a symbol of our unity and our strength, and the pride of our fathers and sons”. 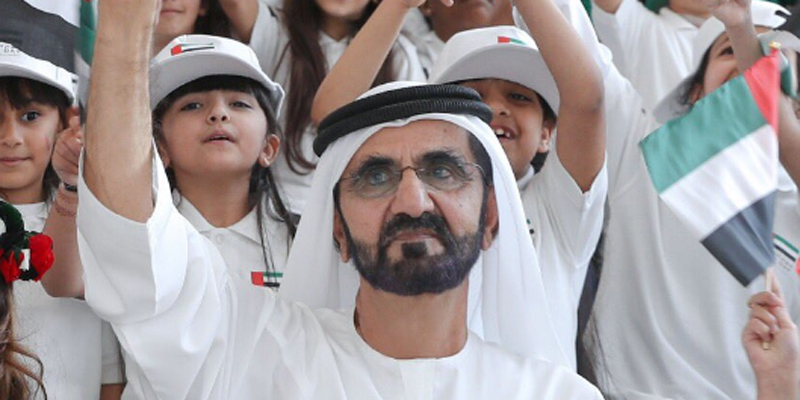 “Under its banner we continue to work hard and progress; by raising it the UAE’s youth will build our future,” the royal posted on Twitter.

HRH Haya Bint Al Hussein also marked the occasion, sharing an image of the ruler and her daughter on Instagram.

Read:
These throwback wedding photos from Middle Eastern royals are beautiful
Canada’s prime minister has spoken out against a burqa ban

Are you raising a flag in your home or office today? If not, get in the spirit of things before the day’s out…