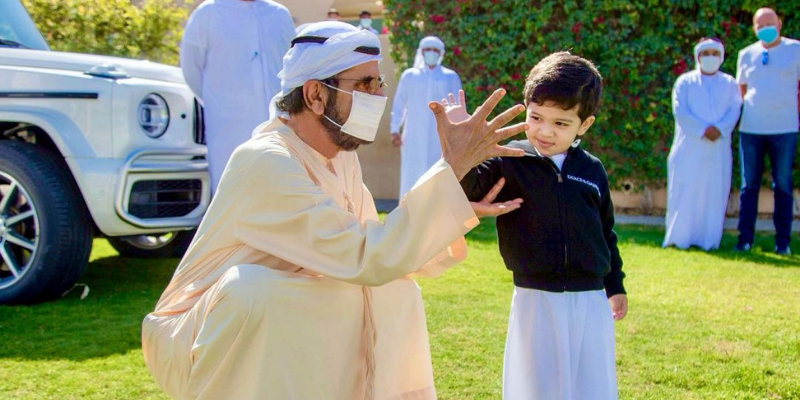 His Highness Sheikh Mohammed bin Rashid Al Maktoum may have the extremely important roles of being the Vice President and Prime Minister of the UAE and Ruler of Dubai, but he’s also a true family man.

In the following series of photos shared by Sheikha Latifa, the Ruler of Dubai is seen doting on his grandson Mohammed bin Faisal making hand gestures and playing in the garden.

Sheikha Latifa sweetly captioned the post, “I love you dad.”

Her Highness welcomed her second child with husband Sheikh Faisal back in October. Their first child, Mohammed bin Faisal, was born in July 2018, just over two years after the couple married in early 2016.