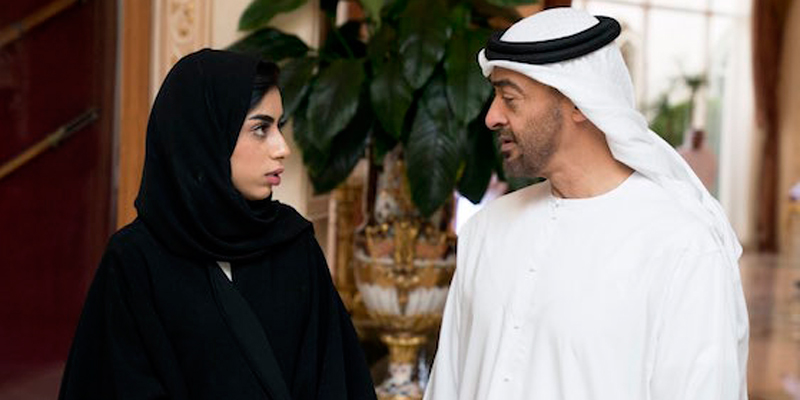 She was honoured by police earlier this week for her life-saving actions, and now an Emirati woman who used an abaya to save a man on fire has been lauded by the Crown Prince of Abu Dhabi.

Jawaher Saif Al Kumaiti, who came to the rescue of a truck driver engulfed in flames, was invited to meet HH Sheikh Mohammed bin Zayed Al Nahyan, with the royal praising her for her “spontaneous humanitarian act”.

Read:
An Emirati woman used an abaya to save a man on fire
Saudi Arabia has just appointed its first female spokesperson

Sheikh Mohammed, who is also Deputy Supreme Commander of the UAE Armed Forces, said Al Kumaiti’s actions were “not unusual for the children of Zayed the Giving”, according to state news agency WAM.

The 22-year-old, of Ajman, was driving home from Ras Al Khaimah with a friend when she saw two trucks on fire and a man lying on the ground, surrounded by fire.

“I requested my friend – who was with me in my car – to give me her abaya and asked her to stay inside,” she told Khaleej Times. 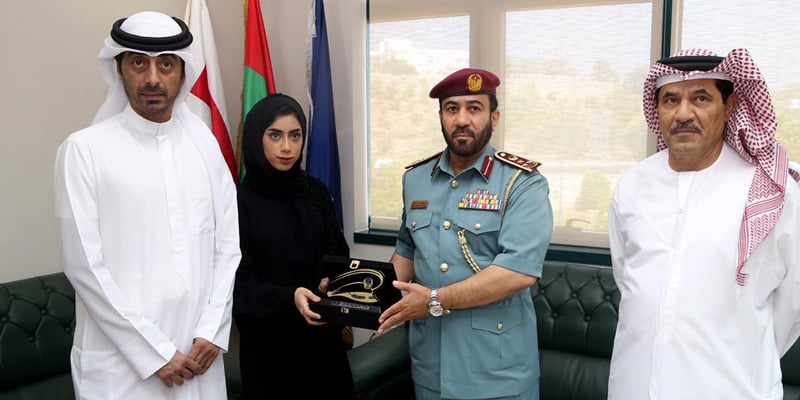 “I immediately rushed to the driver, put out the flames and covered him with my friend’s abaya. I calmed him down, telling him that he would survive as the rescue teams will arrive soon.”

In hospital, the truck driver spoke of the mysterious “abaya woman” who saved him, and a search for his rescuer began.

Al Kumaiti’s incredible story went public after Major Tareq Al Sharhan, head of Emergency Department at Ras Al Khaimah Police, posted about the accident on Instagram in the hopes of finding her so she could be honoured for her bravery.

She was later honoured in a ceremony, though has remained humble about the courageous feat.

“All thanks and praise to Almighty Allah who gave me the power and courage to act and intervene into the situation at the right time and rescue the man’s life.”

She also thanked Sheikh Mohammed bin Zayed for receiving her at Qasr Al Bahr, saying her actions could be considered a first-class humanitarian act.

Al Kumaiti said she was “raised on love and giving and a belief in rescuing those in need, through the ideology of the country and the wise leadership”, WAM reported.