Sheikh Mohammed Just Penned A Poem About The Qatar Situation It has been almost a month since a number of nations – including the UAE and Saudi Arabia – severed diplomatic ties with Qatar.

Based on claims that the GCC state supports terrorist groups and is courting Iran, Qatar has had its national airline banned from operating in a number of countries, and many of its residents living abroad returned home.

Now, as talks continue on, HH Sheikh Mohammed bin Rashid Al Maktoum has penned a new poem about the situation.

Read:
Sheikh Mohammed Spent Eid Surrounded By Family After Jetting Back From The UK
HH Sheikh Mohammed Just Stepped In To Save An English Village Hall

Titled Al Dharb Wadeh – The Way is Clear – the Vice President and Prime Minister of the UAE and Ruler of Dubai urged Qatar to “return to the GCC fold”.

“Now, it is time to get united and be one heart and protect each other without any grudge or hatred,” the ruler wrote.

“We will keep advising Qatar openly in line with the instructions of Prophet Muhammad (PBUH), when he said in a prophetic Hadith (saying): A wolf eats only an out-of-the-way sheep.

“Staying within the GCC umbrella is the only way to safeguard Qatar from the fangs of wolves.”

The poem has since attracted tens of thousands of likes on Instagram.

Read:
Are You An Emirati Married To A Qatari? Here’s What To Do
Qatar Airways Ban: What Travellers Need To Know

What’s the current situation with Qatar? 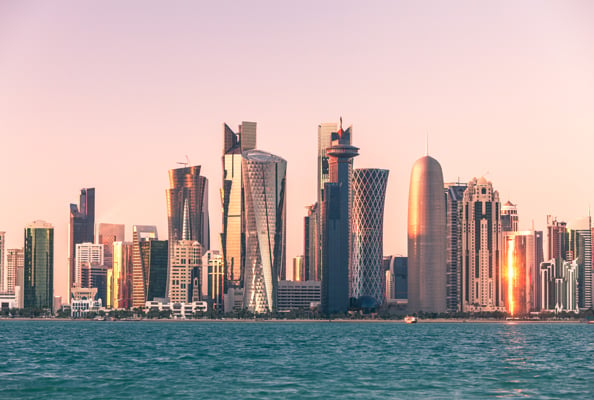 After Saudi, the UAE and Bahrain broke ties on June 5, accusing the Gulf state of funding terrorism, Qatari nationals or anyone with a Qatari residency visa has not been allowed to enter the UAE.

The three aforementioned nations have shut their embassies in Doha and cut all air and land links with the country, as well as shutting down their in-country offices for Qatar Airways.

A list of 13 demands have since been sent to Doha, including the closure of the Al Jazeera TV channel and the breaking of ties with Iran, which Qatar must abide by if it wants to return to the GCC fold.

“We made our point, we took our steps and it’s up to the Qataris to amend their behaviour and once they do things will be worked out but if they don’t they will remain isolated,” Saudi Foreign Minister Adel al-Jubeir said this week.

It has also been confirmed that showing sympathy for Qatar on social media is a cybercrime, and can result in steep penalties.