Sheikh Mohammed Made A Huge Pledge To Help Beat This Disease 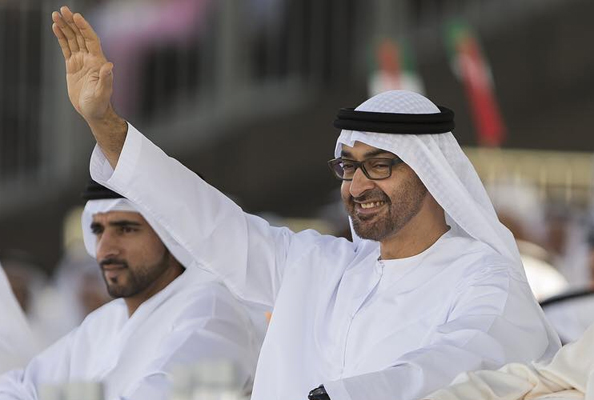 The Crown Prince of Abu Dhabi joins other world leaders in the fight to completely eradicate polio.

Several regions of the world have been declared free of the disease – but there’s still more to be done.

And that’s something the UAE is helping work towards, after donating a huge Dhs110 million towards helping wipe polio from the planet for good.

Around 350,000 children suffered from the highly-infectious paralytic disease back in 1988, dropping to just 74 reported cases in 2016 thanks to years of hard work, research and charitable donations.

However polio is still present in Afghanistan, Nigeria and Pakistan, something the Global Polio Eradication Initiative (GPEI) hopes to change in the near future with a final push.

The royal joined 30 other donors in contributing to the US$1.2 billion fund needed to eradicate the disease. “The UAE is proud to be a leader in the effort to end polio,” said Yousef Al Otaiba, UAE ambassador to the US, while announcing the donation at Atlanta’s Rotary Convention.

“The Emirates looks forward to a future in which every child around the world is able to experience the full economic and health benefits of polio eradication.”

Incredible news: The UAE has made a $30M commitment to end polio for good. https://t.co/doYXikuisr

Read:
Princess Haya And Queen Elizabeth Sure Did Up The Style Stakes At The Races…
15 Of Our Favourite Snaps From Queen Rania’s Family Album

This isn’t the first time that Sheikh Mohammed bin Zayed has made a sizeable donation in the fight against polio.

Together with the Bill and Melinda Gates Foundation, the Crown Prince gave US$100 million towards vaccines in Afghanistan and Pakistan back in 2011, and pledged US$120 million more when Abu Dhabi hosted the Global Vaccine Summit in 2013.