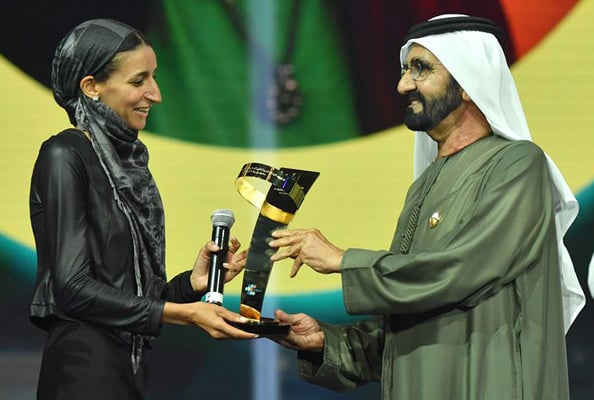 More than 65,000 nominations were received from 22 countries.

And now, after much whittling down, the winner of HH Sheikh Mohammed bin Rashid Al Maktoum’s Arab Hope Maker prize can be revealed.

However, in a surprise turn on the night, the Dhs1 million award went to not one winner but all five finalists, the Vice President and Prime Minister of the UAE and Ruler of Dubai revealed. 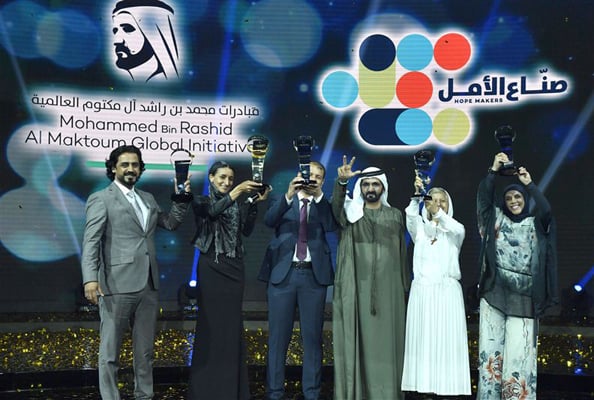 The awards, announced on Thursday night in Dubai, had its rules changed by Sheikh Mohammed to “let the Arab World know every single Arab Hope Maker was deserving of the ultimate prize”, a statement revealed.

“There is no force stronger than hope for revitalising societies,” the ruler said when revealing the turn in events. “The Arab Hope Makers we see here today prove to us that regardless of how bleak the situation may seem, there is still optimism in the Arab World.

Read:
Sheikh Mohammed And Sheikh Hamdan Just Hit Up This Dubai Cafe For Coffee
Steal Her Style: This Is Where Queen Rania’s Latest Looks Are From…

“Without hope, we have no chance of restoring our success and the development of the Arab World. We must embrace hope in all our communities, especially during this turbulent and sensitive time in our history. We have artists and athletes who are role models for our youth – it is time we celebrated the real heroes and role models the Arab Hope Makers who have sacrificed their lives to serving others. 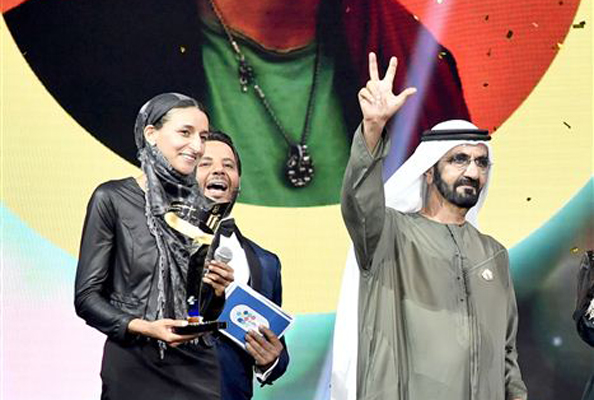 “The initiative aims to influence the complacent mentality of waiting for luck to happen, and change it to a mentality of proactivity and action.”

The five worthy winners each took home Dhs1 million as part of the new initiative that looked to honour those with a proven track record of doing good deeds for others.

So, who were the lucky winners? 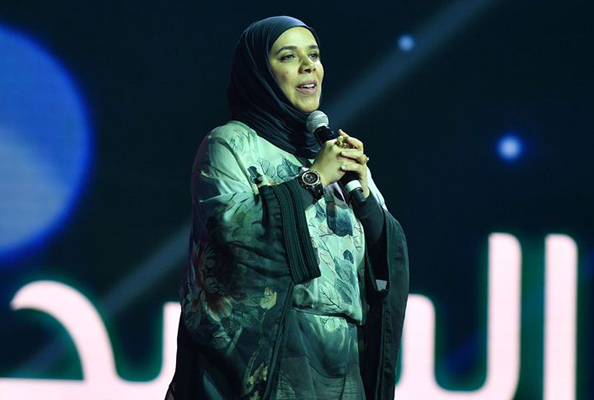 Finalist Ma’ali Al Asousi, originally from Kuwait, has dedicated her life to volunteering in Yemen since leaving her native country 10 years ago.

She has set up a number of initiatives – namely Tamkeen for Development – to promote youth and women’s entrepreneurship and development in the Arab region. 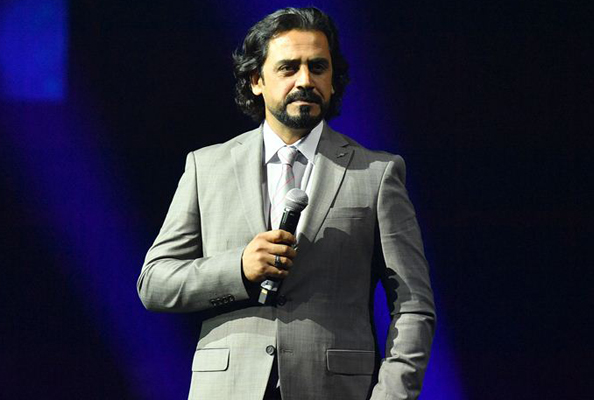 Iraqi Hisham Al Dahabi was honoured for his work in his native country, where he’s set up a safe house to take in more than 25 orphans suffering in the unstable nation.

“Humanity drove me to look after orphans… I decided to take these children on as my own responsibility,” he told NBC News last year, revealing he’s “created a special world” for the children, some of whom have suffered deep psychological trauma. 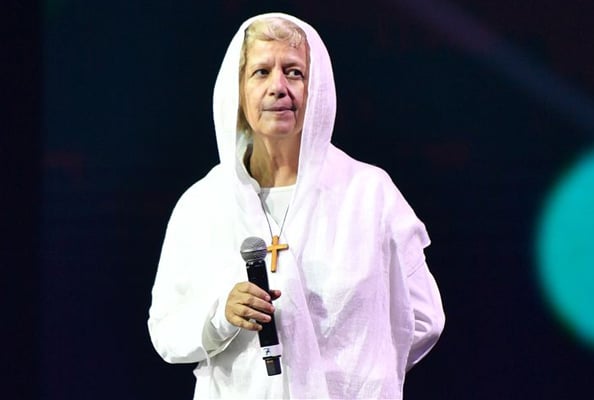 Nobel Peace Prize nominee Maggie ‘Mama’ Gobran was awarded the prize for her work in Cairo, where she’s set up a non-profit to help impoverished families and children living in the city’s slums.

Her charity, named Stephen’s Children, has reached more than 33,000 young people with its programmes, which includes the founding of schools, literacy classes and sports camps (to name just a few) Volunteer organisation The White Helmets was also recognised on the night for its work in saving helpless civilians – so far, 90,922 of them – trapped in the rubble of war-torn Syria.

The unarmed and neutral organisation was the subject of a critically acclaimed documentary last year, which showed how volunteers – who typically come from working class background – bravely rush into the scenes of recent bombs to rescue victims.

Though five finalists were awarded a prize, Morocco’s Nawal Al Soufi was declared the night’s overall winner based on an audience vote and a judging panel’s points.

The humanitarian, also known as Lady SOS, has set up a helpline in Italy (where she currently lives), which provides round-the-clock advice to Syrian refugees putting their lives on the line to seek out a better future. 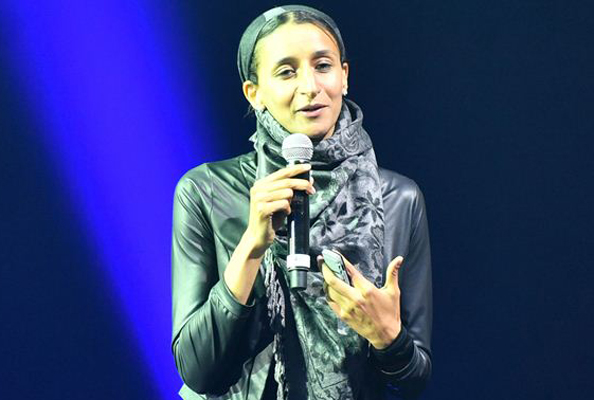 Read:
This Sheikha Just Carved Up The Slopes Of Ski Dubai…
Sheikh Mohammed Shares A Joke With Queen Elizabeth At The Races

Al Soufi receives calls on her personal mobile at all times of the day, from families fleeing war to embark on a treacherous journey across the Mediterranean.

“I never turn it off, it is such a big responsibility for me to ensure it is kept on because that’s how they can reach me when they need my help,” she said on the night.

“The calls I get everyday are like: we are drowning; the waves are high; please help us, we are dying. This call can change anyone’s life. The phone is part of my life now.”

The rescue worker has saved an estimated 200,000 lives by sending out teams to save refugees heading across the sea. 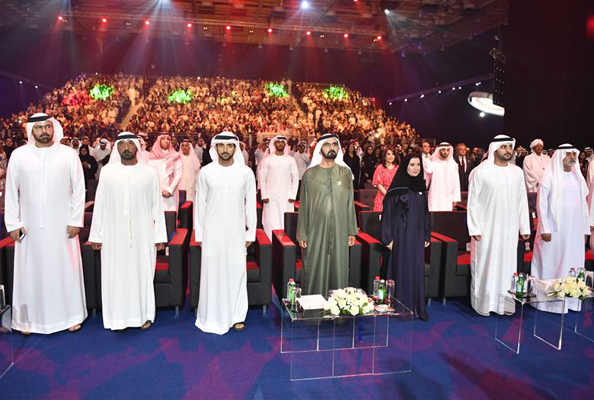 “The Arab Hope Makers initiative… it is a message of encouragement and gratitude from the UAE to all those who dedicate their lives for the betterment of our Arab World,” said HH Sheikh Mohammed at the ceremony.

“Every person who commits to spreading hope, whether big or small, has done a great deed, and is a winner today.”

Each winner now has Dhs1 million to help further fund their extraordinary and impactful work – something we’re confident they’ll make inspirational use of.